A woman reacts after Ukrainian national guardsmen opened fire on a crowd outside a town hall in Krasnoarmeisk, a Ukrainian city about 30 km from the regional capital, Donetsk, on May 11, 2014
Manu Brabo—AP
By Nolan Feeney

Ukrainian national guardsmen shot at a crowd and killed an unspecified number of people in eastern Ukraine on Sunday, officials for the area’s insurgency told the Associated Press.

The violence occurred in the town of Krasnoarmeisk after guardsmen tried to stop a referendum on the region’s sovereignty, the AP reports. Shots went off after a fight broke out between the guardsmen and locals who were gathered outside the building where the vote was taking place.

An AP photographer reported seeing two bodies in the streets, while insurgent leader Denis Pushilin told a local news agency there had been a number of deaths, though he did not provide a specific figure.

The twin referendums in the Luhansk and Donetsk regions are meant to decide whether or not the regions would become “sovereign people’s republics.” Leaders of the movement say a decision to become independent, stay a part of Ukraine or formally join Russia would follow the vote. Ukraine’s national government and many Western powers consider the referendums illegitimate. 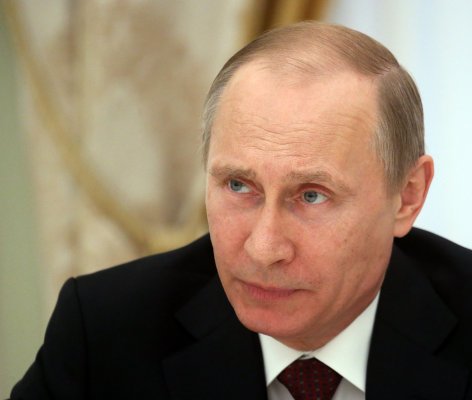 Latvia Leery of Putin's Push
Next Up: Editor's Pick