Charting the McConaissance: The Evolution of Matthew McConaughey

As the Oscars approach, Matthew McConaughey is the smart bet for a Best Actor Academy Award — with Chiwetel Ejiofor as his only serious competition. With a Golden Globe and a SAG award under his belt for his performance as Ron Woodruff in Dallas Buyers Club, McConaughey is well on his way to ruling awards season.

Who would have thought that the over-the-hill stoner from Dazed and Confused would one day be worthy of an Oscar nod? Or — even more astounding — who would have thought that the sexy Texan love interest in Kate Hudson and Jennifer Lopez movies would be categorized as the kind of guy who is owed an Oscar win someday? (This is only his first nomination, and yet, bloggers are already wondering if this will “finally” be his year to win.)

The mere suggestion that McConaughey could win an Oscar just four years ago would have gotten you laughed out of the Academy, so big kudos to McConaughey and his team for executing the biggest Hollywood 180 in recent memory. Here’s how he did it — tracing his Oscar potential from the beginning of his career to now.

(Note: Here, “Oscar potential” is defined as the likelihood that McConaughey will win an Academy Award at some point during his career based on his performances during that time period — that is, he probably wasn’t going to win an Oscar during the 1990s, but people could have considered him the type of actor that might be an Oscar-winner someday.)

McConaughey gets his big break in Dazed and Confused as a guy in his early 20s who (weirdly) still hangs out with high schoolers. The movie earned good reviews and critics pointed to McConaughey as a standout. McConaughey went on to snag roles in Angels in the Outfield, Texas Chainsaw Massacre: The Next Generation and Boys on the Side before he resurfaced as an actor with serious potential again in Lone Star. Though he was barely onscreen for the movie, his performance had critics convinced that he was ready to take the lead in serious films.

Casting directors took one look at young McConaughey’s chiseled jawline and cast him as a young lawyer in a politically-charged drama — twice.

First, McConaughey joined Sandra Bullock, Samuel L. Jackson and Kevin Spacey A Time to Kill, based on the John Grisham novel. (Remember, this was a big deal in the era where John Grisham movies were reserved for movie stars: Tom Cruise made The Firm in 1993; Julia Roberts and Denzel Washington got The Pelican Brief that same year; Susan Sarandon and Tommy Lee Jones teamed up for The Client in 1994.)

Then, McConaughey got to work with Spielberg in Amistad — again as a young, good-looking lawyer. Though big roles, McConaughey’s takes were dull at best. The high-energy Texas stoner had been replaced by a generic leading man. Hollywood was turning on him.

After his meteoric rise, McConaughey had an epic fall. In 1999, he was arrested for marijuana possession when police busted into his house and found him naked playing the bongos. (This perception of McConaughey as a free spirit stoner still persists — cue the bit about he and Woody Harrelson toking up on the set of True Detective before one of Rust Cohle’s abstract speeches — but now he owns the joke rather than being the butt of it. Go figure.)

McConaughey did show a couple of flashes of potential during those lost years. There was We Are Marshall, a solid sports drama. He also had a cameo in the hilarious Tropic Thunder, playing Ben Stiller’s overzealous agent. The latter role reminded people that McConaughey was still full of life and had a sense of humor, though he was probably overshadowed by the bigger comeback cameo in that movie — Tom Cruise.

According to interviews with McConaughey, the actor started turning down those “kind of boring” rom com roles (despite the fact that they tended to bring in around $100 million at the box office). “In a wild cyclical way I started to attract these other things,” McConaughey has said.

A major departure from anything he’d taken on before, his roles were as varied as they were well-executed. First came The Lincoln Lawyer, in which McConaughey proved he can play an attorney after all; then true-crime story Bernie; next, he played a sociopath in a Stetson in Killer Joe.

He veered even further off the beaten path with his turn as a closeted gay reporter with a death wish in the Southern Gothic film The Paperboy, which earned him buzz at Cannes. Next there was Mud, in which McConaughey showed his sentimental side, pursuing a doomed love with Reese Witherspoon and befriending a young Mississippi boy in the process.

If you had to pick a turning point, you could maybe pick Lincoln Lawyer, because that was the beginning of the new era, but Paperboy was a bigger stretch still. Mud was a critical favorite. You could go back to Tropic Thunder and argue that McConaughey began shedding his old rom-com skin there in favor of an edgier, more self-deprecating version of himself. But when it comes down to it, there wouldn’t have been a McConaissance if there had not been Magic Mike.

Sure, Channing Tatum was younger and hotter, and he wrote the movie based on his own experiences as a stripper. Magic Mike and 21 Jump Street turned Channing Tatum into the leading man he never managed to become in those Step Up movies.

The McConaissance is complete. This man deserves an Oscar. Give it to him now or later, but he’s permanently a part of the conversation.

In Hollywood, it’s not just about hitting your peak; it’s about sustaining it. McConaughey has a solid future ahead of him, especially as critics and audiences lose their minds over McConaughey and Harrelson in True Detective. After that, McConaughey will be teaming up with Christopher Nolan for Interstellar. No more indie pics for McConaughey — he doesn’t need to prove himself. Finally, he’s a bona fide movie star.

But movie stars don’t always win Oscars. Look at Leonardo DiCaprio, who is five years McConaughey’s junior, has three more Oscar nominations than the Texan, but will likely lose the awards race again this year. Or even take Tom Hanks who, despite being one of the most bankable stars in Hollywood, had the best hopes of his first Oscar nomination since Castaway in 2001 this year for Captain Philips but was ultimately passed over.

McConaughey was already a miscast star once around the Amistad era. Now that he’s found his niche, he’ll need to carefully select his future projects as he forays into blockbuster territory.

That said? Expect McConaughey to chest-beat his way to a few more Oscar seasons. 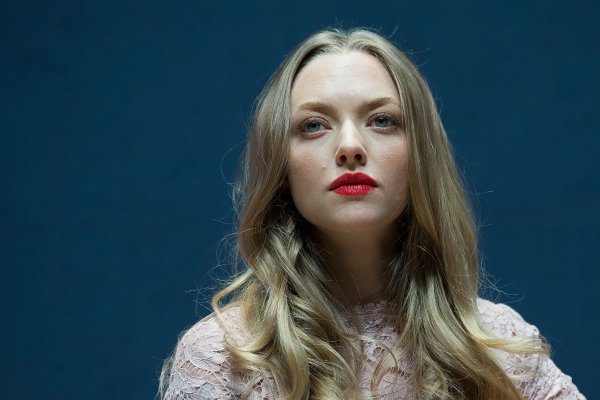 Sorry, Mila Kunis: Amanda Seyfried To Star in Ted 2
Next Up: Editor's Pick