A movie about a young married woman who gets impregnated by Satan and gives birth to a monster baby after her husband makes a (literal) deal with the devil doesn’t exactly seem like prime Mother’s Day programming. More unlikely still is the fact that it stars Zoe Saldana, who grew up terrified of movies about demons and exorcisms yet is now bringing the graphic, two-part re-telling of Rosemary’s Baby to living rooms across the country.

“When I saw it, I was like, are you kidding me? All this blood? All this sex? This is awesome,” Saldana says of the NBC miniseries, which begins Sunday night and concludes Thursday. A remake of Roman Polanski’s 1968 film it is not, however — the Avatar actresses stresses that she and director Agnieszka Holland set out to re-tell the original Ira Levin novel, not to remake the movie that helped make Mia Farrow a star.

To put their own spin the story, the two made a few changes. Though Saldana sports a short haircut (via a wig), she avoided recreating Farrow’s original iconic haircut (“This isn’t a fashion campaign that we’re doing, this is the telling of Rosemary,” she explains). Instead of taking place in New York, Holland set her adaptation in Paris, a city Saldana says has “a darkness because of its aesthetics and its history.” Most importantly, the two made sure that Rosemary Woodhouse was thoroughly a modern woman. Saldana says she drew from her own experiences as a newlywed to update the near-50-year-old character and fought to cast an actor her age (“That’s not a message I endorse — I don’t like old men”) for the role of husband Guy, an aspiring novelist who takes a job in Paris after she suffers a miscarriage.

“What I liked about this modern tell of it is that we were going to have a female director and a very opinionated New Yorker and artist,” she says. “I would need months of preparation to play a subservient woman. It’s inconceivable to me!”

Saldana originally passed on the role, but was ultimately swayed by the opportunity to both work with Holland, of whom she says she’s a big fan, and to come on board as a producer through the production company she shares with her sisters. NBC proved persuasive, too — though a few scenes involving excessive gore and stray butt cheeks were left on the cutting room floor, the network made it clear they didn’t want to micromanage Holland’s vision, which leaves less to the imagination than Polanski’s film.

“That was already a risk that they were taking, so we knew that they were going to give us a certain amount of freedom,” Saldana says. “They were telling Agnieszka, just shoot how you would be shooting this, and then we’ll pull back in the editing room.”

For an actress who has worked mostly in film, switching to television had its challenges. The primary issue was her schedule — Saldana committed to the role in early January and was shooting in Paris just a few weeks later. With little time to prep, she became an avid reader of parenting blogs about difficult pregnancies (if carrying the devil’s spawn could be considered “difficult”) and flew her acting coach to Paris (“I basically paid her half my salary”) to work on the scenes every morning and night before and after shooting. Though the pace was grueling, shooting wasn’t all black magic and the occult: a friend gave her a Saint Benito chain to protect her from evil and bad luck, but Saldana says constantly changing wigs, wearing prosthetic pregnancy bellies and eating chicken innards made out of disgusting corn-syrup concoctions made for a fun and lively set.

Television has its perks, too. With a four-hour miniseries instead of the usual 90-minute movie, Saldana says the cast could more thoroughly explore the complex relationships between the characters: the seductive appeal of the devil-worshipping couple next door, the Castavets (Carole Bouquet and Jason Isaacs); and Rosemary’s husband (Patrick J. Adams), who’s torn between providing for his wife and advancing his own career by making a dangerous pact with the neighbors. With television entering a new golden age of miniseries and anthology specials as well, it felt like the ideal time for Saldana to seek small-screen exposure.

“Television is creating amazing material right now,” she says. “You also have a lot of networks getting very savvy and understanding that, in order to get a good audience, they need to listen to their already loyal viewers, raise the bar on their material and give you something that is not only entertaining, but is also substantial and inspiring.”

That risk-taking is exactly why Saldana isn’t concerned about competing with the original. Though she suspects the miniseries has a few nods to the film — Holland enjoyed the tradition of having Polish filmmakers adapt the story — Saldana says the inevitability of the comparisons only made them feel liberated.

“Of course you’re going to be a little afraid, but once you realize that, overall, every time you remake something or redo something or retell something, it’s never going to be accepted by everybody, you just remove that pressure off the table,” Saldana says. “If you don’t like the new, just respect the fact that it was a bold decision, it took a great amount of wit and cajones, and go back to your classic. It’s okay! You’re not being disloyal. You’re just watching new things.” 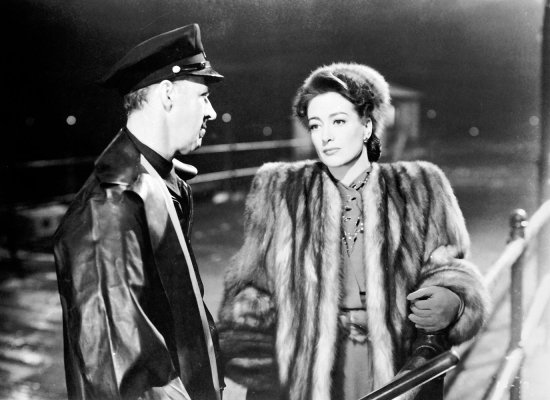 The Best and Worst Movie Moms
Next Up: Editor's Pick