“The Laws of Gods and Men” was, in one way or another, beginning to end, about supplicants. Stannis and Davos went hat in hand (or half-hand, in Davos’ case) to the Iron Bank. Theon pleaded for mercy from Ramsay Snow for the crime of being present while his sister tried to free him. Daenerys sat the throne in Meereen and heard entreaties from peasants and lords. And in King’s Landing, Tyrion Lannister stood in chains before his judge and father, conceded defeat and confessed…

“The Imp,” they call Tyrion. A dwarf in a culture that prizes strength, he’s a demon, a gargoyle, a monster. And in a fierce sequence in which Peter Dinklage marshals not just a few days of his character’s indignities but a lifetime, he elects finally to give the people the monster they want. He didn’t kill Joffrey, he says, but he wishes he had. He snarls, he rages: “I should have let Stannis kill you all.”

It’s a captivating scene not just because we know how much of his anger is justified, but because it’s not entirely clear how much of this is genuine, how much is performance, and how much is genuine feeling marshaled for the sake of performance. Of course, Tyrion furious, not least at his father, literally judging him from atop a throne of swords, an image that Kafka and Freud might have come up with if they scored a joint HBO deal. But is the monster he’s unleashing the product of sitting in a cell for days, then seeing everyone who matters, even the woman he loves, denounce him? Or was it always there–the product of being resented and unappreciated by a family he served, a father he should have made proud, a capital he saved? Maybe he had that raging beast all along, but was able to suppress it under smiles and witty comments while he had some measure of power and control, while he was free enough to exercise his mind to his advantage.

Maybe he’s decided that if all is lost, he may as well let his inner lion roar. Or maybe he’s being crazy like a fox.

The trial, as Jaime and Tyrion and anyone sitting in the audience can easily see, is no trial at all but a show. But it’s not necessarily the kind of show that it seems to be. Yes, witness after witness appears to tell stories–some real, some fabricated, some real but tweaked against him–to paint him as an obvious murderer. It would seem that Tywin has written this script to dispatch his unloved son quickly.

But when Jaime comes to him and offers a deal–resigning the Kingsguard and making Lannister babies in exchange for Tyrion’s life, Tywin accepts quickly. Very quickly. And he lays out a detailed plan of events in a way that must be intended to show Jaime–Tywin is not a stupid man, after all–that he was behind this outcome all along. Tywin, maybe, is thinking precisely what Davos was when arguing at the Iron Bank: that in the long game, he loses unless he accounts for the Lannister dynasty after his own death. For that he needs Jaime; and for Jaime, he needs Tyrion’s surrender. It’s a show trial, but a show engineered not to kill Tyrion but–climaxing with a heartbroken Shae turning on him–to break him.

Tyrion answers with a show of his own. Whether it’s rage or spite, calculation or instinct, he avails himself of the one tool he has available: the ability to refuse Tywin the answer he’s looking for. So no confession, no plea: instead–the same way he saved himself in the Eyrie–he demands a trial by combat. He looks up at Tywin, literally standing above him on the dais, his height advantage magnified, yet though Tyrion is in chains, he does not quite seem powerless. He is a dwarf; in this room he will always be a dwarf; he may soon die a dwarf. But in this moment, he is not dwarfed.

That visual inversion–the low made high, the high low–is mirrored in “The Laws of Gods and Men” by another, opposite inversion earlier in the episode. In Meereen, we see a sequence of throneroom audiences that seem to lay out how well things are going in Daenerys’ new world order, where the humble are exalted and the exalted humbled. She hears a shepherd whose flock her hungry dragon has snacked on and compensates him generously; she hears a noble beg to bury his father’s remains and answers him sternly but mercifully. But then we get a sense of how difficult it is to sit the throne of a strange city whose social order you’ve just toppled: there are 212 more supplicants still waiting.

There’s a gorgeous, long-distance shot of Dany on the throne, physically exalted but looking tiny. She’s never been more powerful, and has never seemed more exhausted. “Send the next one in,” she says.

* This was one of those Game of Thrones episodes which was more effective for focusing on a few, sustained sequences: four locations, no jumping around.

* I will admit I’m still scratching my head over the Yara-tries-to-rescue-Theon scene. Ramsay fights armored men shirtless and manages not to get a scratch (well, more scratches than he already had)? Yara and company have at least equal numbers and probably have him outarmed, yet stand still and watch him unlock the dog cages? It’s puzzling, as was the function of the sequence, save to remind us that Yara exists and set up another excruciating Ramsay/Theon scene (which, however, probably would have worked even without the rescue attempt). Remarkable work by Alfie Allen again, but I want him to get something to do besides remind us how broken Theon is.

* I don’t like to discuss the books too much in these posts, because they’re one thing and the series is another, and it needs to work (or not) on its own terms. That said, it’s worth noting that in the books Tyrion–“The Imp”–is portrayed as much less, er, physically handsome; his features are rougher and his face is far more disfigured from battle. In the books this underscores how “monstrous” the world sees him as, as dimension one loses with the easy-on-the-eyes Dinklage.

* I will pretty much be engrossed by a conversation Varys has with anyone, up to and including Ser Pounce, but his back-and-forth with Oberyn about his, er, predilections–or lack thereof–was delightful.

* I was beginning to think none of the opening credits sequences would change from episode to episode this season. So I actually shouted “YES! BRAAVOS!” when I saw the Colossus rising up. I am not ashamed.

* Once again for the book readers: no spoilers in the comments regarding events on the page that have not yet transpired on screen. But you knew that already, right? 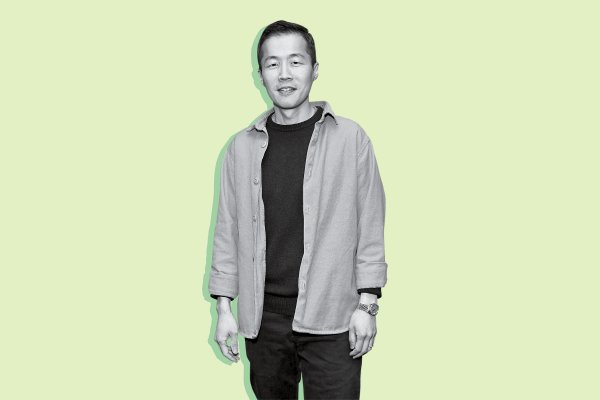 An Interview with Lee Isaac Chung
Next Up: Editor's Pick