In the emerging world of consumer drones, the most important company in the world happens to be a French one, Parrot, which was formerly best known for making Bluetooth audio products. Back in 2010, it announced the AR.Drone, a $300 quadricopter with onboard cameras, controllable from your iPhone, iPad or Android device.

Watching it whir off into the sky or hover in place was a revelation: I still remember the moment when a friend of mine demoed his AR.Drone by sending it soaring around his living room during a dinner party. It made me interested in drones in a way reading about them never could.

Parrot released version 2.0 of the AR.Drone in 2012. And now it’s announcing an all-new model, the Parrot Bebop Drone. Rather than replacing the AR.Drone, the Bebop takes the same concept, pulls out all the technical stops and emphasizes the idea of using a drone for aerial photography–at the launch event in San Francisco, Parrot CEO Henri Seydoux called the Bebop a “flying camera.”

The Bebop has a camera with a 180-degree fish-eye lens (up from 93 degrees in the AR-Drone 2.0), capable of capturing 14-megapixel still pictures and HD video. It uses three-axis stabilization to keep the imagery from getting wobbly as it cruises. It also packs four-antenna Wi-Fi based on the latest technology, 802.11ac MIMO, so it can stay in contact with the ground and–unlike previous models–transmit live streaming video of what it sees to your phone or tablet.

Including its removable hull, the whole package measures about 15 inches across and weighs around 14 ounces. Unlike the AR.Drone, it’s specifically designed for indoor flight as well as outdoor use, and includes new safety features (if you brush up against one active propeller, they all shut down).

Two of the Bebop’s most intriguing features are optional. Parrot is going to sell an Android-powered gizmo called the Skycontroller, which can be used with or without an iPad. It provides yoke-style controls for maneuvering the Bebop, plus its own industrial-strength, built-in Wi-Fi for extra-robust communications with the Drone.

And if you happen to own the Bebop, the Skycontroller and an Oculus Rift virtual-reality headset–not yet a commercial product, but available in a developer edition–you’ll be able to plug the Rift into the Skycontroller. Then you can don the headset and get a drone’s-eye view of the world, streamed in real-time. (More prosaically, you’ll also be able to connect a Bebop to a computer via USB cable to download and share whatever it captured while it was airborne.)

See below for a brief video I shot at Parrot’s San Francisco event, where multiple prototype Bebops bopped around the courtyard of the former U.S. Mint building. The company is still finishing up work on this drone, which it plans to ship it in the fourth quarter of this year for a price it isn’t yet disclosing. 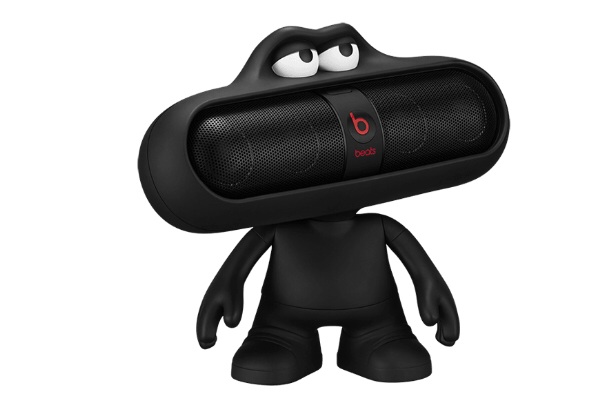 7 Questions About Apple's Beats Deal
Next Up: Editor's Pick