Speaking to reporters after a meeting between the president and the National Governors Association the GOP governors said they were deeply troubled by Obama’s tone when asked about planned cuts to the National Guard. South Carolina Gov. Nikki Haley said Obama became “aggressive” and that his tone “chilled the room quite a bit.”

“He basically said, ‘many people in this room have asked for cuts, and now you getting ’em,’” Haley said at a news conference across from the White House at the U.S. Chamber of Commerce, adding that her husband, a guardsman, just returned from a year-long deployment to Afghanistan.

She said Obama was trying to “punish all these people who are asking for debt reduction by cutting the National Guard. It’s just not a logical way to do things.”

Texas Gov. Rick Perry echoed Haley’s remarks, saying, “I hope that we’re not about to make a tragic mistake in this country by hollowing out our guard in our states in some political statement of ‘you’re all going to feel the pain,’ because that’s certainly what I heard from the President of the United States today.”

“As a matter of fact, he said in that meeting, he said, ‘if I hear any of you pushing back, making statements about Washington spends too much money, you will hear from me,’” Perry recounted.

White House Press Secretary Jay Carney declined to respond directly to the GOP characterization. “I’m not going to read out pieces of the conversation the president had with governors because, as these questions themselves demonstrate, there were a lot of issues covered,” he said. “When it comes to the defense budget, that’s being addressed right now by the secretary of defense and the chairman of the Joint Chiefs, and they will have a great deal of detail in the—about the recommendations they’re making as part of the budgetary process, and I’m sure we’ll have more to say about that as—after the budget comes out.” 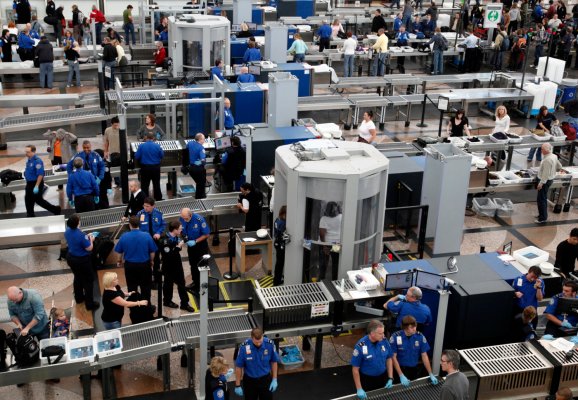 Tales from the TSA: Confiscating Aluminum Foil and Watching Out for Solar Powered Bombs
Next Up: Editor's Pick