Dating Show Contestant Reveals He Murdered Wife And Mistress, But Is Still Looking For Love

When it comes to looking for love, maybe skip the dating shows and hitch a ride on the hook-up truck instead.

While honesty is usually the best policy, Sefer Calinak, a man looking for love on a Turkish dating show, missed his chance to meet a potential wife when he got a little too open and honest too quickly.

The 62-year old shocked the audience of Flash TV’s The Luck of The Draw by admitting — on air — that he had murdered his first wife and later killed a lover with an axe during an argument.

Calinak said he killed his first wife, a cousin, when they were both 17. As is common with young love, things didn’t work out. Less common, Calinak killed her and was sentenced to 13 years in prison, serving four before being released due to an amnesty.

He then started an affair with a married woman and when she refused to leave her husband for him, they argued and he “accidentally” killed her with an axe. “I killed her after she tried to kill me,” he said according to Hurriyet Daily News. “She was accidentally killed when I swung the ax.” He then served another six years in prison, before heading to the bright lights of television to look for love.

According to USA Today, the show’s producer knew that Calinak had murdered someone, but he was allowed to appear on the show because he had served his legal sentence.

In the game show’s defense, the host did ask Calinak to leave after he confessed to the second murder.

As for us, we’re sticking to that cupcake on Tinder.

MORE: This Is the Most Glorious Way to Respond to Creepy Tinder Advances 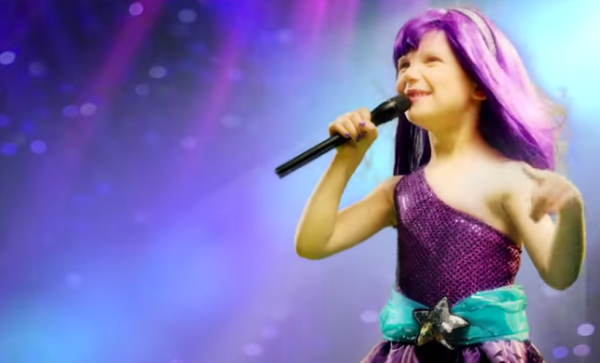 Five-Year-Old Cancer Survivor Stars In Her Own Katy Perry Music Video
Next Up: Editor's Pick