Amnesty International alleges in a report issued Friday that the Nigerian military had more than four hours of advance warning about Boko Haram’s April abduction of more than 240 schoolgirls, but failed to act ahead of the kidnappings. The majority of the girls remain in captivity and their whereabouts are uncertain.

AI, which calls itself “the world’s largest grassroots human rights organization,” said that the government’s inaction was due to “poor resources and a reported fear of engaging.”

“The fact that Nigerian security forces knew about Boko Haram’s impending raid, but failed to take the immediate action needed to stop it, will only amplify the national and international outcry at this horrific crime,” said Netsanet Belay, Amnesty International’s Africa Director, Research and Advocacy, in a statement. “It amounts to a gross dereliction of Nigeria’s duty to protect civilians, who remain sitting ducks for such attacks. The Nigerian leadership must now use all lawful means at their disposal to secure the girls’ safe release and ensure nothing like this can happen again.”

Boko Haram is an extremist Islamist group that has been roundly criticized by influential voices in the Muslim world. The State Department reported that Boko Haram—believed to have up to a few thousand members—killed more than one thousand people in 2013, in addition to other kidnappings and attacks on civilian and military targets. 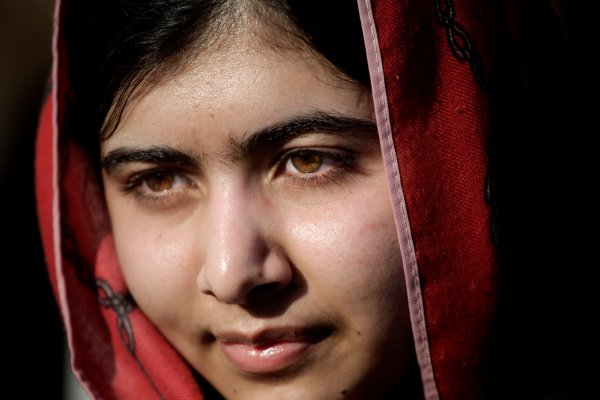 Malala: Save My Nigerian Sisters
Next Up: Editor's Pick