Russian President Vladimir Putin landed in Sebastopol, Crimea on Friday to oversee a military parade commemorating the Soviet victory over the Nazis in World War II. It is the first time Putin has set foot in Crimea since Russia annexed the peninsula from Ukraine earlier this year.

May 9 is known in Russia as Victory Day. A Red Square parade held earlier on Friday, which gathered tens of thousand of people, saw the Russian military display its might, CNN reports.

Russia annexed the Black Sea peninsula in March after Ukrainian protesters overthrew the pro-Russian government and established an interim one in its place. The annexation, central to the crisis in Ukraine, took place after a local referendum that found overwhelming support for Russia’s actions. The international community has condemned Russia’s move, however, with the United States and European Union issuing sanctions on Russian individuals and businesses.

Putin’s visit comes amid new clashes between pro-Russian militants and government forces in Ukraine’s southeastern city of Mariupol. Several people died during the latest shootout on Friday, BBC reports. Mariupol has been host to some of the most brutal and deadly clashes between government forces and separatists since the beginning of the crisis.

The tensions between separatists and loyalists in eastern Ukraine have again intensified since pro-Russian separatists decided to go ahead with their planned referendum on autonomy this Sunday. Putin had called on them to postpone the referendum in order to create better conditions for a dialogue with Ukraine’s interim government. 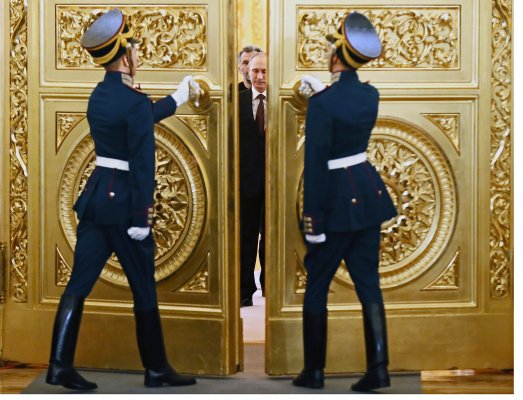