The World's Mania for Economic Data Is Pretty Silly

In early April, Nigeria achieved an amazing feat. Overnight, its economy swelled by 89%. Just like that. The West African giant has been posting pretty impressive growth rates recently. But it wasn’t fresh investment, surging consumer spending or high oil prices that generated the GDP windfall. Nigeria can thank its statisticians.

Nigeria’s bookkeepers made a few changes to how they calculate GDP, updating the base year for determining prices and improving data collection. And voila! GDP almost doubles with a few clicks on a spreadsheet. This isn’t an economic magic trick or some kind of corrupt shell game. Economists have more confidence in the new figure than the old. Nigeria had not been refreshing the way it measures GDP as it should have been.

Confused yet? Global financial markets thrive upon data. Every new figure or percentage gets analyzed, reanalyzed, debated, discussed, dissected and analyzed some more. The reality, though, is that many important economic statistics aren’t as hard and fast as we tend to treat them — to the point where we have to wonder how much use they are to understanding the world economy.

Take a look, for instance, at China. Much praise (or concern, depending on where you sit) has been lavished on China’s rapid ascent. But the Chinese data we use is riddled with question marks. Its GDP figures, for instance, just don’t add up. A recent report from Bank of America Merrill Lynch commented that the sum of the GDPs of China’s provinces doesn’t match national GDP, though the investment bank also noted that the discrepancy has narrowed recently, “perhaps due to less data rigging.”

China’s current trade data is also screwed up because companies were caught last year fabricating exports as a way to evade the country’s capital controls. Perhaps we should take the advice of China’s Premier, the No. 2 policymaker in the nation, who, earlier in his career, said Chinese GDP figures are “man-made” and “for reference only.”

Nevertheless, these statistics are taken as official. Then they are put through another round of numerical aerobics. Headlines turned heads in April when new figures from a World Bank report estimated that China’s economy was much larger than originally thought. The data suggested that China would overtake the U.S. as the world’s No. 1 economy as early as this year, much more quickly than anticipated. This prompted all sorts of talk about the decline of the West and a new world order led by China.

But again, we find ourselves in a statistical conundrum. To compare GDPs from country to country, the figures are usually converted from their national currencies into U.S. dollars using exchange rates. But some analysts believe that this method is flawed. Exchange rates, the thinking goes, fail to properly measure GDP since they fluctuate and can’t fully account for different prices in varied countries. So the International Comparison Program, coordinated by the World Bank, offered an alternative using “purchasing-power parity” (PPP), which adjusts for the prices of goods and services across economies.

The result: China’s GDP practically doubles, from $7.3 trillion in 2011 using exchange rates, to $13.5 trillion based on PPP. How’s that for different? (China’s economy is far from the only one inflated in this way. India’s tripled by the ICP’s calculations, to nearly $5.8 trillion.)

Which number is right? Derek Scissors of the American Enterprise Institute blasted the ICP, saying the PPP method “makes no sense.” PPP comparisons were devised to better understand personal incomes and consumption, and using them to compare economic size “stretches the idea of PPP beyond the breaking point.” Instead, Scissors recommends comparing economies not on GDP at all, but on a measure of national wealth.

Obviously, the experts don’t agree on which statistics to believe. That would be of purely academic interest if data weren’t taken so seriously. Economists and investors make all sorts of choices based on statistics that can change radically depending on who is doing the calculating.

It isn’t just GDP data that suffers in this way. U.S. financial markets gyrate wildly based on jobs data released by business-services firm ADP, since it is widely seen as an indicator for the official report from the U.S. government released at a later date. Yet ADP has proved a poor forecaster, even after an overhaul of its methodology, inspiring one economist to call the report “a joke.”

Policymakers are also stuck trying to make decisions based on conflicting data. William Galston, once an adviser to President Bill Clinton, recently argued for action to ensure workers are properly rewarded for their increased efficiency. Based on the stats he was using, workers were producing more, but wages haven’t been rising to properly compensate them for that extra contribution — and that was widening inequality and creating a major economic headache.

“For the sake of economic growth, social mobility and political stability, we must think more boldly about reforging the connection between compensation and productivity,” he wrote. That led the Cato Institute to condemn Galston for employing “statistical fog” to promote “the worst economic policy idea of the past 40 years.” Cato argued that data upon which Galston based his argument was faulty, and by using supposedly superior methods, the imagined gap between wages and productivity vanishes.

What can we do? Economic statistics are what they are — imperfect numbers based on imperfect data and twisted further by contending methods of analysis. Just keep that in mind next time you dip into a database. 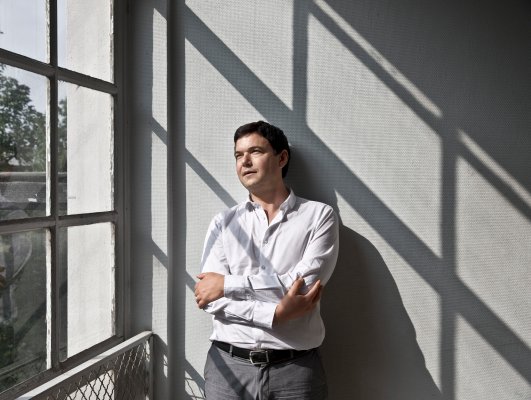