Movie-able Feast: The 8 Most Delicious Films About Food

In his new film Chef, Jon Favreau plays a kitchen magician who leaves a posh restaurant and opens a food truck serving perfectly prepared tacos. Movies have reveled in the culinary art ever since silent films: in 1925’s The Gold Rush, starving prospector Charlie Chaplin turned desperation into inspiration by making a sumptuous meal of his boot and shoelaces. Hollywood has produced food movies for kids (Charlie and the Chocolate Factory) and sci-fi fans (Soylent Green, anyone?). In the Taiwanese Eat Drink Man Woman, Ang Lee served up a rich repast of domestic angst, and Marco Ferreri imagined four charming gents eating themselves to death on the finest cuisine in the French La grande bouffe.

The potential choices are bountiful. But we ordered up the following eight movies to suggest the breadth of the dining experience. As Estelle Reiner says after watching Meg Ryan mimic an orgasm at Katz’s Delicatessen in When Harry Met Sally: “I’ll have what she’s having.”

In a 19th-century Danish village, the French refugee Babette (Stéphane Audran) works for two spinster sisters and, on the centenary of their father’s birth, cooks them and their friends a meal worthy of her talents — she was once Paris’s premier chef. Reviewing director Gabriel Axel’s adaptation of the Isak Dinesen story, TIME’s Richard Schickel wrote: “In all of film there is no happier ending than this one: an artist achieving transcendence, her audience learning for the first (and possibly last) time the transforming power of art…From soup to cognac, Babette’s Feast is delicious, a meal that memory will forever savor.”

“To eat good food is to be close to God,” says Primo (Tony Shalhoub), the gifted, temperamental chef of an Italian restaurant he runs with his brother Secundo (Stanley Tucci). Business is bad, because the New Jersey locals don’t appreciate Primo’s delicate touch. As Pascal (Ian Holm), the owner of a popular, mediocre eatery nearby tells them: “A guy works all day, he don’t want to look at his plate and ask, ‘What the f— is this?’ He wants to look at his plate, see a steak, and say ‘I like steak!'” Still, Pascal offers the brothers a chance at saving their business by cooking a meal for famous jazz man Louis Prima and his friends. Tucci cowrote and codirected this delicate comedy, swathed in melancholy and mozzarella. Richard Schickel called Big Night “a movie that is both as real as food on the table and as hauntingly evanescent as its taste on one’s tongue.”

This potent road movie takes its title from the études once played by gifted pianist, now American dropout Bobby Dupea — a great early performance by Jack Nicholson. But in the scene everyone remembers, all he wants is a piece of toast at a diner. Toast, the waitress (Lorna Thayer) tartly informs him, isn’t available separately. So, he says, “I’d like an omelet, plain, and a chicken salad sandwich on wheat toast, no mayonnaise, no butter, no lettuce. And a cup of coffee.” Anything else? The waitress asks. “Yeah,” Bobby says, “now all you have to do is hold the chicken, bring me the toast, give me a check for the chicken salad sandwich and you haven’t broken any rules.” The waitress: “You want me to hold the chicken, huh?” And Nicholson, with the lizard smile and the sarcastic purr, replies, “I want you to hold it between your knees.” Anyone who’s had snarky service at a diner would stand and applaud.

It’s said that you wouldn’t want to see how sausage is made — so how about the rest of America’s comfort cuisine? In “Robert Kenner’s passionate, witty documentary,” Mary Pols wrote, “We meet the meat, most of it miserable, corn-fed, dosed with antibiotics and on its way to centralized slaughterhouses and processing plants. Kenner shows us farmers in peril, powerful corporations in charge, scientists cooking up genetically modified foods and the toll the system takes on our health and sometimes even our lives. … The film takes us to meat-processing plants and slaughterhouses (sometimes with hidden cameras), offering glimpses of chickens collapsing under the weight of their own breasts or the truly revolting production of bleached hamburger ‘filler’.” Can a movie exposé change what America eats? Pols hoped so.

Sukiyabashi Jiro, a basement restaurant next to a Tokyo subway station, has 10 seats and three Michelin stars. It’s where President Obama recently dined with Japanese Prime Minister Shinzo Abe and, according to Agence France Presse, finished only half his plate. Many gourmands would say, “I’ll take the rest.” The world’s most revered sushi joint became the most renowned thanks to the effusions of TV chef Anthony Bourdain and this loving 2011 documentary, which portrays the saintly fanaticism of an artist dedicated to elevating the craft. “I fell in love with my work and gave my life to it,” Jiro Ono tells director David Gelb. Jiro is now 90; his son and sous-chef Yoshikazu has been waiting longer than Prince Charles to take over. But the old master still needs to learn. “There is always a yearning to achieve more,” he says. “I’ll continue to climb, trying to reach the top, but no one knows where the top is.”

“There are two Julias in Nora Ephron‘s movie,” wrote Mary Pols for TIME. “One is short and petite, the other extraordinarily tall and pleasantly beamy. One loves to cook, while the other lived to cook. Both are based on real people. One, Julie Powell (Amy Adams), had a bright idea, while the other, Julia Child (Meryl Streep), had a calling.” Like a deft cook mixing recipes from two sources, Ephron combined Powell’s best-seller about preparing 365 Child recipes with Child’s memoir My Life in France, detailing her discovery and mastery of French cooking, which spurred her career as a writer and PBS star. (Stanley Tucci plays Child’s devoted diplomat husband.) “This is a charming crowd pleaser,” Pols wrote, “but it’s also surprisingly bold. Ephron has varied her usual moviemaking recipe, proof that Julia Child still inspires.”

When Tina (Lumi Cavazos) was born on the family’s kitchen table, her mother wept tears so profusely that, when they dried, they yielded a huge bag of salt. When the grown Tina meets her love Pedro (Marco Leonardo), and he gazes ardently at her, “she understood exactly how raw dough must feel when it comes into contact with boiling oil.” Food and sex, food and love, life and death are not metaphors but articles of faith in this delightfully sensuous Mexican film based on the novel by Laura Esquivel and directed by her husband, Alfonso Arau. As Like Water for Chocolate became an international hit, its admirers paid tribute to the movie by cooking some of its recipes — the perfect main course to a most romantic evening. And what’s for dessert?

Only Pixar would dream up an animated feature about a country rat who comes to Paris — scampers into the kitchen of the once-great restaurant Gusteau’s — to be a French chef. He could create superb dishes, if only he can find a human ally. His desperate choice: a callow scullery lad named Linguini. “I can’t cook …” Linguini says, and the rodent shakes his head no. “But you can?” Remy answers with a Gallic shrug so eloquent it says many things. First, a modest “Eh, a little.” Beneath that: “Well, not to brag, but I’m actually quite proficient.” Most important: “Trust me. Together we’ll cook up some magic.” Begun by writer-director Jan Pinkava and completed by Brad Bird, Ratatouille is a lavishly detailed ode to the frantic, collaborative artistry of cooking. Its great moment: when the town’s severest critic tastes Remy’s first dish and, in a flash, fond memories — of a loving mother giving him delicious food — play across his face. Ratatouille turns all its viewers into gourmets and grateful children. 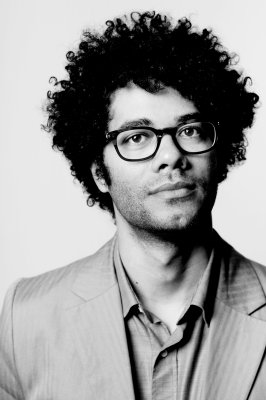 Richard Ayoade Talks The Double, Directing and Dostoyevsky: Q&A
Next Up: Editor's Pick