Severe weather broke out across the Great Plains again on Thursday as boisterous winds rocked North Texas and tornadoes were spotted in Colorado and Minnesota.

Multiple twisters touched down in both Colorado and Minnesota late on Thursday afternoon while a tornado watch was issued in more than 50 counties in Iowa after heavy storms caused power outages that affected thousands across the state. No deaths or serious injuries have been reported.

Farther south, wind gusts blew as hard as 70 m.p.h. in Dallas, bringing down trees and ripping massive holes in warehouse roofs, according to the Associated Press.

Meteorologists forecast more severe weather for Friday, with thunderstorms expected to inundate large portions of the Mississippi Valley from Arkansas to Indiana.

Thursday’s storms come more than a week after 75 tornadoes touched down across the American Southeast killing 35 people. 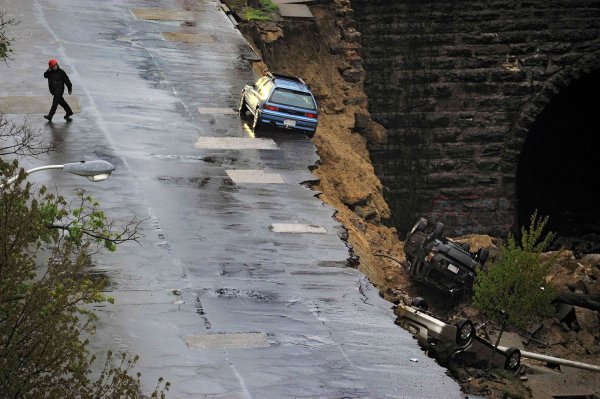 Florida Begins to Dry Off After Record Rainfall
Next Up: Editor's Pick