Why would Apple want to buy Beats Electronics?

It’s a question many tech observers have been asking since the Financial Times reported Thursday that the Silicon Valley behemoth is “closing in” on a $3.2 billion acquisition of the “high quality” headphones maker founded by music producer Jimmy Iovine and hip-hop artist Dr. Dre.

The FT suggested that Apple might be interested in Beats in order to recharge its “cool” factor at a time when streaming music services like Spotify, Pandora and Rdio have become increasingly popular with young people.

Apple’s iTunes service long dominated digital music sales, but the company never quite figured out how to present a streaming music product. Apple’s flagship music brand iTunes has been criticized over its user interface — so it makes sense that the company would be eager for outside help.

At $3.2 billion, the Beats deal would be more than three times larger than any acquisition in Apple’s history.

Apple can definitely afford the transaction — it’s sitting on more than $150 billion in cash and investments — but the company has traditionally preferred to build from within. Apple’s late co-founder Steve Jobs was fiercely proud of that fact. Unlike other tech giants, Apple has never made an acquisition larger than $1 billion.

Bolt-on acquisitions are in vogue in the tech world these days: Recent examples include Facebook’s acquisition of WhatsApp and Oculus (not to mention Instagram), as well as Google’s purchase of Nest and Waze, and Yahoo’s Tumblr buyout.

Dr. Dre, a musician and producer who co-founded the seminal Compton, Calif.-based hip-hop group NWA, has said that he was inspired to create Beats by the poor sound quality in many headphones. He teamed up with legendary producer Jimmy Iovine, a veteran music industry executive, to launch a brand that has proved remarkably popular.

For Apple, the streaming music service that Beats recently launched may be the most attractive part of the deal. Apple revolutionized digital music with the iPod and iTunes, but the company has yet to find a new formula to challenge Spotify, the streaming music darling of the moment.

“This is a reactive move — at best,” writes veteran tech journalist Om Malik. “Steve Jobs’ Apple would have pushed to make something better, but even he struggled to come to terms with the Internet and Internet thinking. That hasn’t changed.” (TIME’s Harry McCracken also poses some good questions about the deal.)

Subscription services are growing faster than any other area of the music industry. Music subscription revenue increased by 50% to $1.1 billion in 2013, according to a report by IFPI, the global music industry association, cited by my colleague Eliana Dockterman. Downloads fell 2% last year, in the first annual decline since Apple launched the iTunes store in 2003.

Spotify is valued at more than $4 billion, and the Swedish company is among the most high profile candidates likely to go public over the next few years. A Spotify IPO would likely blast the company’s market value into the stratosphere, so it would make sense for Apple to make a run at the company now.

But why has Apple been unable to develop a credible streaming music service internally? After all, the company has a multitude of talented software and hardware engineers.

First, Apple was late to the streaming music game, perhaps because its iTunes franchise was built around buying individual music tracks. Simply put, the iTunes business model is not about streaming music.

Second, Apple’s specialty is hardware and software design, not media. The company has run into trouble in its negotiations with big media companies.

Third, Apple CEO Tim Cook is an operational wizard — and a genius at managing Apple’s supply chain and inventory — but he’s not a product visionary like Jobs.

Cook failed to anticipate that music streaming would become the new industry business model. As a result, Apple simply wasn’t set up to launch a successful streaming service of its own. And it’s not because Apple didn’t have the resources or Los Angeles connections to secure the necessary rights. It’s because the company failed to anticipate a major consumer entertainment trend.

“The age of digital downloads is basically over,” Aram Sinnreich, a media professor at Rutgers University who studies the intersection of technology and music, told Bloomberg. So now, Apple reportedly wants to buy Beats for $3.2 billion.

This situation raises a now-familiar question: What’s up with innovation inside Apple? The company makes the best consumer hardware and software in the world, but it hasn’t launched a new product category since the iPad launch in 2010. Incremental improvements to the iPhone, the iPad and the Mac computer line have been impressive, but what’s next?

One possible explanation for Apple’s interest in Beats might be the booming “wearable computing” space. After all, Beats’ signature product is the high-bass headphone unit. If Apple can incorporate the Beats product into its wearable computing system — think Internet connected headphones — then the deal could pose a threat to Google, Facebook, and other companies that are forging ahead on smart glasses and watches. 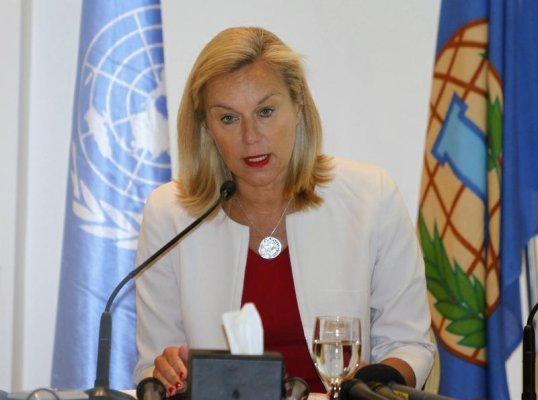