Goo-Goo-Aha! The Fascinating Research Behind Baby-Naming

Today the Social Security Administration released their latest batch of baby names, so if you meet a Noah or a Sophia 20 years from now, you’ll know they were probably born in 2013. But popularity rankings are just the most obvious analyses from the wide world of baby-name research. Here are more complex findings that academics and researchers have uncovered about how babies get their names and how those names might affect kids (or not) for the rest of their lives.

In some states, Ke$ha or 50 Cent could be an illegal name to give a child.

State laws governing what a parent can decide to call their child are far from uniform. As University of California law professor Carlton Larson explains in a sweeping legal review, some states explicitly require that a child have two names—so going with a mononym like Madonna would be a no go—while other states require no name at all. Many states prohibit pictograms, like the elaborate symbol Prince made everyone suffer through, as well as numerals, so no one is signing off on a birth certificate for “R2D2.” In states like New Jersey, the official registrar can reject any name that contains numerals or symbols, like singer Ke$ha’s cutesy dollar sign.

Boys are more likely to get hand-me-down names than girls are.

In a paper about “namesaking,” a team led by Knox College social psychologist Francis McAndrew argues that giving a child the same name as his father or uncle may actually be serving an evolutionary purpose—because that father or uncle may feel more direct kinship to that child and give that child resources because the kinship is felt so strongly. A mother might also make this decision to publicly advertise the father’s identity, thus staking her ground and hopefully securing continuing familial support from him. In one study quoted by McAndrew, researchers found that naming a baby after the father when the child is born out of wedlock was a “remarkably strong predictor” of the long-term relationship that father and child would have; sons named after their dads also proved to wet the bed less and throw fewer temper tantrums. Another study, however, found that tacking a “Jr.” on the end could lead to psychologically damaging expectations for the child.

Jr. effects aside, researchers have suggested that more boys may get namesaked than girls precisely because that act tends to have strong positive effects on fathers, who “are delighted by clear signs of paternity” since that relationship is a matter of some faith without a paternity test. Mothers, i.e. birth-givers, obviously don’t have to weather such uncertainty.

A first name may affect how children see themselves—and how others see them.

Studies have found that children who dislike their first names are more likely to suffer low self-esteem. Studies have also found—and not found—that a first name can affect how attractive people appear to others. In 1993, psychologist Phil Erwin published a paper showing that undergraduate students judged the same photographs of people as more or less attractive based on whether the photos were give “attractive” or “unattractive” names.

Such studies often use datasets of ranked names produced in earlier research, which has found that names like David, Jon, Joshua and Gregory are quite likeable, while the likes of Oswald, Myron and Edmund are not. Yet another study found that people given names that are widespread in the moment, rather than names that had their heyday in previous generations, were pre-judged by college students to be more intelligent and be more popular. So Noah and Sophia might not be such a bad way to go. 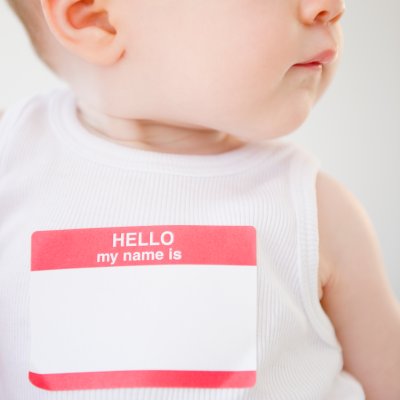 And the Most Popular Baby Names Are...
Next Up: Editor's Pick