Service With A Smile

[Square is processing $15 billion a year]

The Harlem skin clinic on frederick Douglass Boulevard in New York City is not the first place you’d expect to run into Jack Dorsey. But on a snowy December afternoon, the 37-year-old CEO of Square and chairman of Twitter appears to be in his element far from San Francisco, where the two companies he co-founded are headquartered on adjacent city blocks. The clinic’s owner, Seven Brown, manages her business from her iPad, using Square’s Register app and Reader credit-card swiper. When she talks about them, she keeps using the same word: fantastic.

Dorsey dropped in on Brown because she was going to be participating in a panel that he was moderating at Harlem’s Apollo Theater that evening. Square organized the event and others like it across the country to discuss the pleasures and pitfalls of running a small business. “Our responsibility is not just to build a tool or a service,” explains Dorsey. “It’s also to provide a venue for conversation.” That sounds a bit like Twitter, the social network that remains Dorsey’s highest-profile venture. Thanks to its successful IPO in November, it’s also the source of his biggest payday: his 4.3% stake is valued at about $1.5 billion. Dorsey has become a subject of fascination in Silicon Valley, especially after a book by New York Times columnist Nick Bilton, Hatching Twitter, delved into Twitter’s origins and painted him in an unflattering light. With two successful companies and a penchant for design, Dorsey has invited comparisons to Steve Jobs.

These days his primary focus is Square, which is quietly changing how people pay for everything from lattes to Legos. The company makes money from the 2.75% transaction fee it charges; it processes some $15 billion of transactions annually and is reported to be going public this year. Its signature product is the Reader, which debuted in 2010. The size of a pat of butter, the snow-white gizmo plugs into the headphone jack of a smartphone or tablet, allowing it to accept credit-card payments. The device became a hit with retailers in part because it doesn’t require convoluted application forms or a lengthy waiting period. After asking for verification of a person’s identity, Square approves most new applicants in just a few seconds.

Having made it easy to take plastic, Square is working aggressively to conquer other parts of the payment equation. “We’re not out to kill credit cards or kill cash or focus entirely on electronic payments,” Dorsey says. “We just want to meet people where they are.” To that end, Square Wallet lets consumers use an iPhone or Android smartphone to pay at local merchants without even removing the handset from their pocket or purse. And Square Cash enables quick person-to-person payments via e-mail.

All the company’s offerings have one thing in common: they hide financial complexity under a shell of artful minimalism. Those qualities come largely from Dorsey, a low-key, introspective sort who started programming computers as a kid and studied botanical illustration and apparel design before co-founding Twitter, where he served as the first CEO until a 2008 shake-up. (He returned as chairman in 2011, having founded Square in the meantime.) “His combination of technical talent and a sense of design and aesthetics is unusual,” says Roelof Botha, a general partner at Sequoia Capital, one of Square’s investors.

Even Square’s new San Francisco headquarters reflects Dorsey’s emphasis on elegance, dispensing with typical startup shabby chic in favor of a fastidiously upscale atmosphere that makes it look like the world’s largest Apple Store. “It’s big, it’s inviting, it’s clean,” he says. With 150,000 sq. ft. (14,000 sq m), it also has lots of room for additional employees beyond the 700 current staffers, or “squares” as they call themselves.

For the company to continue growing–and fend off a wide array of competitors ranging from telecoms like Verizon to Google and eBay, not to mention credit-card networks–Square will need to take on ever larger customers. Its only huge merchant partner so far is Starbucks, for which Square processes all credit and debit purchases. “We’ve always tried to build a tool that scales from an individual–a massage therapist or yoga instructor–all the way up to the largest organizations in the world,” Dorsey says. “We believe, fundamentally, that they should be using the same tools, and therefore the only limit is their ambition.”

That vision appeals to entrepreneurs like Pam Turkin, founder of cupcake purveyor Just Baked, which has 17 stores in Michigan, as well as a mail-order operation and plans for nationwide expansion. “Jack gets it,” says Turkin, who uses Square Register to make business decisions, including setting the operating hours for individual locations. “He really understands the disconnects that stop small businesses from growing into big businesses.” 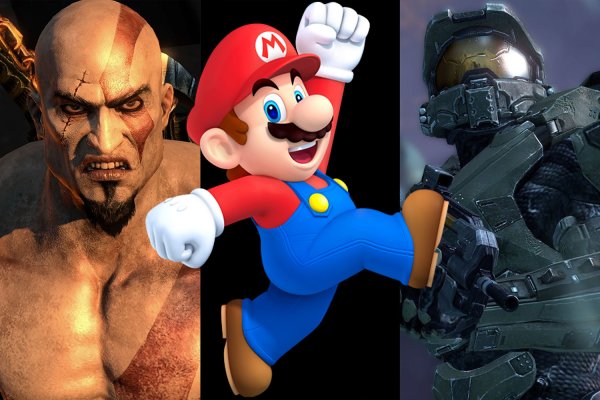 The History of Video Game Consoles: Part Three
Next Up: Editor's Pick