One billion people around the world defecate in public, United Nations experts said Thursday, and while that number has gone down overall since 1990, it continues to be a major factor in the spread of fatal diseases.

Launching a new study on drinking water and sanitation, the U.N. said that rural, low-income communities run an especially high risk of contracting cholera, diarrhea, dysentry, hepatitis A and typhoid.

Efforts to improve sanitation in poor countries has so far concentrated on building more latrines, the U.N. said, but many people don’t want to use them. “In all honesty, the results have been abysmal,” said Rolf Luyendijk, a statistician at the U.N. children’s fund UNICEF, Reuters reports. According to experts like Luyendijk, money would be better spent in educating people as to why human waste out in the open is a public health problem.

The data also shows that defecating in public is continuing to rise in 26 countries in sub-Saharan Africa, particularly Nigeria, where 39 million did not have access to toilets in 2012, a sharp increase from 23 million in 1990. 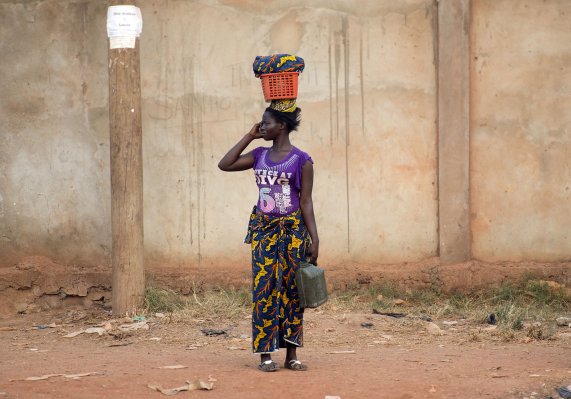 Cell Phones Could Help Millions in Developing Countries To Read
Next Up: Editor's Pick