Last year, Mother’s Day spending on brunches, jewelry, salon appointments, flowers and greeting cards topped $20 billion, according to the National Retail Federation. And no doubt retailers hope to meet that amount this year too. Brands like American Greetings and Kay Jewelers, a Mother’s Day advertising regular, portray the holiday, and therefore motherhood, as an event for young women doted on by attentive husbands and young children. But for many, both the holiday and the reality are as much about being a mother as they are about having, and caring for, their own mothers. And mothers taking care of mothers need more than mimosas and manicures to cope with life in the sandwich generation.

Last year, I started the day having breakfast at home with my family. I then drove more than an hour with my kids to visit my mother, while my husband headed out to visit his. I spent the afternoon with my elderly parents, providing lunch and a cake and doing a few odd jobs for them at their home. I returned home after six to start the Sunday night routine: showers, stray homework assignments and stressing about the impending workweek. I went to bed that night feeling a mixture of emotions: grateful for another year with my mother, guilty for wanting the day to myself, overwhelmed by all that my parents needed and I couldn’t give them in a five-hour visit and, as always, exhausted.

Based on data from the National Alliance for Caregiving, the AARP and Pew Research, I’m pretty much an average caregiver in the sandwich generation: female, married, late 40s, a living parent or parents age 65 or older, at least one dependent child and feeling pressed for time. Luckily for me, because I’m also among the 40% of women who serve as primary breadwinners for their household, I won’t experience the same career and financial setbacks that many caregivers do—at least I hope.

The Census Bureau reports there are 39.6 million eldercare providers in the U.S., and the majority of them are women. According to the National Alliance for Caregiving and the AARP, 70% of them suffer work-related difficulties as a result of their caregiving roles, with female caregivers in particular at risk of financial hardship. That’s because many women report changing their work arrangements to accommodate their caregiving duties by switching to a less demanding job, taking time off or quitting altogether. I know I’ve considered it. But as a result of women making career changes to accommodate their caregiving responsibilities, they are more likely to lose job-related benefits and suffer lost wages. In fact, a study from MetLife and the National Alliance for Caregiving calculated women lose an estimated $324,044 in wages due to caregiving. Often, a working mother’s time out of the office during her childbearing years is compounded by the time she takes off later to care for her parents. With one in three American women already living in poverty or on the brink, it’s imperative we find a way to support these working mothers and daughters.

So while brunches and spa treatments are certainly welcome on Sunday, May 11, a more meaningful way to honor mothers is to recognize their multifaceted roles as parents, adult children and breadwinners, and to advocate for workplace solutions such as flexible schedules and family leave policies, and access to financial and career planning tools. That’s how we keep mothers at work: allow their mothers to age with dignity and raise the next generation of compassionate caregivers. And what mother wouldn’t want that on Mother’s Day?

Liz O’Donnell is the author of the book Mogul, Mom & Maid: the Balancing Act of the Modern Woman and founder of Hello Ladies, named one of the top 100 websites for women by Forbes and a Best of the Net by Working Mother Magazine.

Write to Liz O'Donnell at Hello_Ladies. 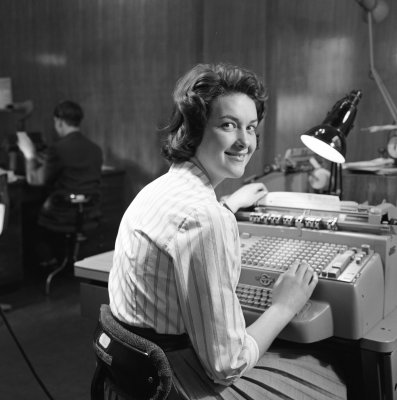 How Your Career Can Make You a Better Mom
Next Up: Editor's Pick