Congressman John Dingell of Michigan, the longest-serving member of Congress, is retiring.

Dingell, who represents Michigan’s 12th district, announced his retirement Monday. The 87-year old Democrat and dean of the House of Representatives was first elected in 1955, and is the longest-serving member at 58 years last year. He was first elected at the age of 29.

Lawmakers on both sides of the aisle paid tribute to the Michigan representative’s historic career. “Congressman Dingell is a living legend and one of the most prominent and accomplished lawmakers in American history and it has been a great honor to serve beside him,” said Rep. Frank Pallone (D—N.J.). “From Medicare, to the Affordable Care Act, to the Clean Air Act, Congressman Dingell’s work endures and continues to improve people’s lives every day.”

“By any standard, he will not only be viewed as the ‘Dean of the House,’ but also one with an incredible record of getting the job done,” said Rep. Fred Upton (R—MI). “The term ‘legendary’ will always be associated with the name ‘John Dingell.'”

The retiring congressman’s wife, Deborah, is considered a possible candidate for his congressional seat.

In 2009, TIME asked Dingell, who was representing Michigan’s 15th district at the time, whether he would run for Congress in 2010. 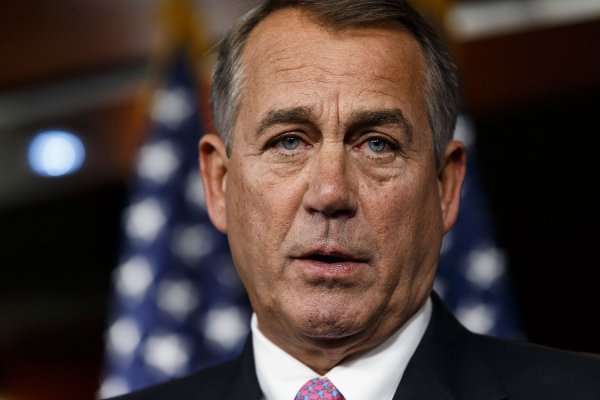 U.S. Won't Be a Deadbeat
Next Up: Editor's Pick