These Are the 10 Best-Selling Products of All Time

Creating the most popular product of the year will make consumers and investors happy. But making an all-time bestseller can transform an industry and define a business for decades.

Many of the best-selling products were first in a new category. Apple, which has sold more than 500 million iPhones, was the first to introduce a touchscreen smartphone that could seamlessly handle music, web browsing and phone calls. Other bestsellers took a niche market and made it mainstream. Before Star Wars, film was either comedy, romance or drama. The Harry Potter book series was so successful that The New York Times Book Review created a separate children’s bestseller list in 2000 to account for the series’ popularity.

In some cases, top-selling products were a simply better than their competitors. Before the Sony PlayStation, video game consoles were largely cartridge-based. With the advent of the PlayStation, which relied on the new CD-ROM format, game files could be large enough to support 3D gameplay and full-motion video. Lipitor, which has become the world’s best-selling drug with $141 billion in sales, was far more effective than previously-released drugs at lowering bad cholesterol.

A number of these products continue to be dominate their markets. The iPad remains the world’s best-selling tablet, with a 32.5% market share last quarter, despite challenges from Amazon.com’s Kindle Fire and Samsung’s Galaxy tablet lines. The PlayStation 4 has sold over 7 million units since it launched last year, well above the Microsoft Xbox One.

Despite their success, some of these products face challenges. Sales of Pfizer’s Lipitor dropped each year after its maker, Pfizer, lost patent protection on the drug in 2011 and cheaper generic drugs came on the market. The ongoing Star Wars saga may lose its status as the all time best-selling movie franchise to Walt Disney’s Marvel Franchise. The Avengers broke box office records, grossing $203.4 million on its opening weekend.

To determine the best-selling products of all-time, 24/7 Wall St. reviewed categories of products widely purchased by consumers and identified individual products that had the highest sales in their category.In some cases, we gathered figures from multiple sources and estimated the final sales figure. In other instances, where one company had a clear market lead, figures reflect data from previous years.

These are the best-selling products of all time.

Pfizer’s Lipitor is prescribed to lower LDL (or bad) cholesterol — high levels of bad cholesterol increase the risk of heart disease. Lipitor is classified as a statin, a class of drug used to reduce the risk of heart-related ailments. However, Lipitor sales have plummeted in recent years after its U.S. patent expired in 2011. Lipitor has lost patent protection in other major markets since. In 2013, Lipitor sales totaled $2.3 billion, down from $9.6 billion in 2011 according to Pfizer’s 2013 annual report. Still, since its introduction in 1997, no other drug came close to Lipitor’s commercial success. The closest competitor for all time sales is Plavix, which had slightly more than half of Lipitor’s lifetime revenue, according to Forbes.

Toyota announced last month it sold 1.2 million Corollas in 2013, a 5% year-over-year increase. Since its introduction in Japan in 1966 — the car became available in the U.S. in 1968 — Toyota has sold more than 40.7 million Corollas, more than any other car model. The Corolla’s success on the market is likely due to its reliability, relatively low gas mileage, and affordability. The newly redesigned 2014 Corolla is the model’s 11th generation, and it claims to have better gas mileage and a slightly larger interior. Brand new, the Corolla’s starting MSRP is $16,800.

Only “Gone with the Wind” brought in more money than the original Star Wars movie. Combined, however, the original trilogy grossed $2.4 billion, accounting for inflation. When Star Wars: Episode I was released more than 20 years later, it grossed $675 million, considerably more than the later installments — episodes two and three — which each still grossed more than $400 million. In total, the Star Wars movies, including special editions and re-releases, grossed $4.6 billion adjusted for inflation in the U.S. While 20th Century Fox still owns the rights to the original Star Wars, Disney purchased the Star Wars universe — Lucasfilms — for $4 billion in 2012. Disney will release the final three movies under J.J. Abrams’ direction. The first of the three is scheduled to hit the box office in 2015.

Despite losing market share in the first quarter, Apple’s iPad is still the best-selling tablet. The iPad held 40% of the tablet market in the first quarter of 2013, but only 32.5% in the first quarter of this year, according to market research firm IDC. Close rival Samsung picked up much of that market share. IDC analyst reported that iPad lost some of its market share because consumers are holding onto their tablets for longer rather than immediately purchasing the newest version. Apple sold 16.4 million units in the second quarter alone, and more than 211 million since the iPad was first introduced in 2010.

Visit 24/7 Wall St. to see the remaining best-selling products of all time.

Most Popular on TIME
1
The Next Global Depression Is Coming and Optimism Won’t Slow It Down
2
Netflix’s Indian Matchmaking Is Bringing Painful Conversations to the Fore. But Is It More Helpful or Harmful?
3
Individual Circadian Clocks Might Be the Next Frontier of Personalized Medicine 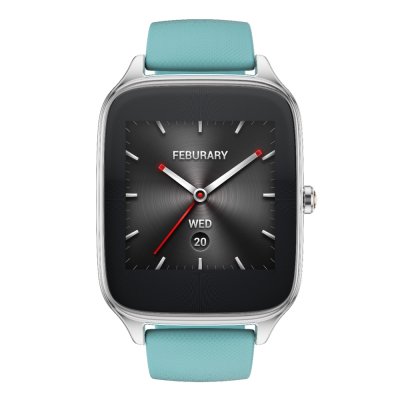