In China, Personality Could Come Down to Rice Versus Wheat

In the mind of many Americans, China is a monolith of 1.3 billion people, all equally similar to each other and all equally different from the U.S. But Thomas Talhelm knows better. Talhelm first went to China in 2007, working as a high-school English teacher in the booming southern metropolis of Guangzhou. Observant from the start—he’s now a PhD candidate in psychology at the University of Virginia—Talhelm noticed that his students tended to be very conflict averse. But when Talhelm moved after a year to Beijing in China’s north, he noticed a difference. “On one of my first visits to a museum, a curator pointed to my roommate and told him, ‘Your Chinese is good,'” says Talhelm. “But then she pointed to me and said, ‘But your Chinese is much better.'” People in Beijing were much blunter, Talhelm noticed.

He found differences in dialect as well, and the dividing line was the Yangtze River, which divides China’s north and south. Above the Yangtze one word meant “hand,” for instance, while south of the river it meant “arm.” By no means were these regional traits true 100% of the time—there were northerners who were conflict averse and southerners who were outrageously brash. But the differences seemed common enough to Talhelm that they were worth exploring.

As it turns out, the Yangtze doesn’t just divide China between the north and the south—it also marks the rough boundary between the chiefly rice-producing regions below the river and the mainly wheat-producing regions above it. That gave Talhelm an idea. Rice production is extremely labor-intensive, requiring about twice the number of hours from planting to harvest that wheat does. Rice is also mostly grown on irrigated land, which requires communities to build canals and dikes cooperatively, while sharing water. “Rice farming provides an economic incentive to be cooperative,” says Talhelm. By contrast, the only thing wheat farmers need to cooperate with is the rain, which allows them a greater measure of independence.

That is how Talhelm came up with what he calls his “rice theory”: personality differences between China’s north and its south could be explained at least in part by the kind of farming practiced in each region. And in a new paper published in today’s Science, Talhelm puts the rice theory to a successful test. Talhelm and his colleagues conducted psychological studies on 1,162 Chinese college students in the north and in the south, as well as on countries that straddle the borders of the rice-wheat divide. The northern Chinese tested as more individualistic and analytic—similar to Westerners—while southerners were more interdependent, holistic-thinking and more loyal to their friends. (Analytic thinkers prefer to use abstract categories, while holistic thinkers focus on relationships.) “The differences fell along that rice-wheat border,” says Talhelm.

There have been earlier attempts to explain the psychological differences within China. The modernization hypothesis argues that as societies become wealthier and more capitalistic, they become more individualistic and analytic. But that’s not the case in China, or indeed much of East Asia—southern Chinese cities like Guangzhou experienced economic liberalization sooner than northern cities, and are still much richer, yet it’s northerners who remain more independent. The pathogen prevalence theory argues that a high prevalence of communicable disease in some areas makes it more difficult to deal with strangers, which in turn can make a region more insular and collectivistic. Infectious disease tends to be correlated with warmer temperatures, and China’s south is warmer than it’s north—so it’s possible the pathogen prevalence theory could explain China’s psychological differences. But Talhelm’s study found that Chinese students who lived just south or just north of the rice-wheat divide were as different from each other as students from the far south and the far north. And he noted rice-producing Japan scores uniformly high on the collectivist scale, even though the country is cooler and wealthier than most of China.

The rice theory isn’t foolproof. It’s almost certain that none of the young Chinese college students participating in Talhelm’s study have any direct experience with wheat or rice farming, which raises the question of how these psychological values are transmitted. The sheer pace of change in modern China, which has transformed from a closed communist country to a global capitalist powerhouse in a single generation, can make it difficult to be certain of any larger conclusions about the society. And as different as northern and southern Chinese can seem, they’re still more similar to each other on the individualistic/interdependent spectrum than China as a whole is to the West. The real test of the rice theory will come outside Asia—Talhelm plans to look at West Africa next, which has a vibrant rice-growing tradition.

There’s also something slightly uncomfortable about using agricultural practices to stereotype several hundred million people. Surely we’re more than what our ancestors chose to plant in the ground. But Talhelm notes that in China, regional psychological differences are taken for granted. “A Chinese word for ‘northerner’ literally means ‘direct’ or ‘brash,'” he says. “They’ve just never thought it could be due to rice or wheat.” 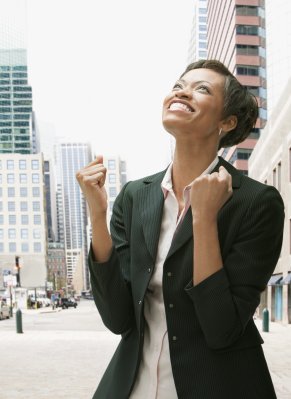 Here Are the 7 Things That Can Make You Wildly Successful
Next Up: Editor's Pick