Finally, ATMs That Can Spit Hot Acid When Thieves Attack

Want a splash of steaming acid to the face next time you try to jack an ATM? Researchers at ETH Zurich University may have you covered. Almost.

They claim to have come up with a chemical cocktail they say could be used in ATMs or to protect money being transported, by soaking money stashed in ATMS and targeted by miscreants with a kind of hot foam. So no, not a gruesome face-melting experience like in Raiders of the Lost Ark, but a destructive enough one to deter would-be thieves. And it’s all thanks to a tiny-winged orange and black insect known as the bombardier beetle.

The bombardier beetle defends itself by spraying perceived threats with a nasty chemical concoction, storing hydroquinone (a type of phenol sometimes used in skin-lightening procedures) and hydrogen peroxide in separate repositories within its abdomen. If it’s threatened, it injects those into a third chamber, where they mix with water and enzymes that catalyze the brew into a boiling fluid that comes shooting out of a swiveling gland at near-boiling temperatures.

The beetle’s sophisticated defense mechanism inspired the Zurich research team to posit anti-theft technology that works much the same. Their solution, Gizmodo reports, involves filling two honeycomb-like compartments—one with hydrogen peroxide, the other with manganese dioxide (a synthetic compound used in batteries)—separated by an easily breakable layer. If the compartments get jostled, the layer breaks, the chemicals combine, and the reaction produces superheated foam. Drop that into an ATM with and you’ve got a contraption that’s like an ink-spewing clothing store tag.

The material could include a marking dye as well as DNA nanoparticles, which the researchers say could be used to sabotage the physical bills themselves and render them traceable. “Since the responsive materials presented here do not depend on electricity, they may provide a cost-effective alternative to currently used safety systems in the public domain, automatic teller machines and protection of money transport systems,” the researchers write in their paper, published in Journal of Materials Chemistry. 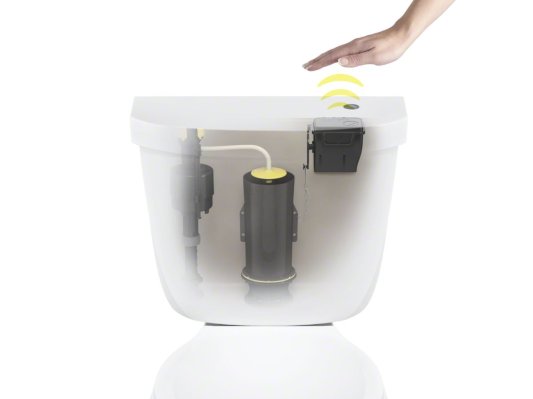