June 27 Michael Bay didn’t want to make a fourth Transformers movie. In fact, the 50-year-old director didn’t even want to make a second Transformers movie. Sure, the franchise about fighting robot vehicles from outer space has made billions of dollars and routinely topped the summer box office, but the films are exhausting productions that require close to 4,000 people to complete, and Bay, surprisingly, isn’t the biggest fan of Hollywood’s obsession with supersize sequels. “I’m as perplexed as everybody,” he says. “It seems like that’s all studios want to do nowadays, which is kind of sad in its own right.”

But it’s hard to turn down a series that is blowing the minds of action-figure-loving children around the world. Bay says the popularity of Transformers: The Ride, which he helped develop, at the Universal Studios theme parks in Singapore and the U.S. changed his mind about signing on for what eventually became Transformers: Age of Extinction. “Seeing the summer days where it was a consistent 2½-hour wait for families with their kids, it just got me thinking,” he says. “I got bittersweet in a weird way.”

Bay didn’t want to reboot Transformers and erase the universe he spent three movies creating, but he did want to breathe new life into the movie to ensure its viability as a franchise. So he brought in a completely new cast, led by Mark Wahlberg, with whom he worked on last year’s Pain & Gain, as well as new robots (the Dinobots) and new locations (one battle takes place in Hong Kong). “It’s a new era,” Bay says. “You look at everything, and you try to change it and twist it on its head.”

In addition to the fourth Transformers movie, Bay also produced the upcoming Teenage Mutant Ninja Turtles reboot, which makes him something of an expert when it comes to summer blockbusters. To amp up the spectacle, Bay as much as possible shot Transformers in 3-D (which he admits is going out of style) and incorporated ceiling-mounted speakers into the sound design to make the movie’s sonic palette more immersive. But it takes more than flashy explosions and special effects to fill theaters in the hotter months.

“You’ve got to have a compelling story,” he says. “Summertime is about [seeming] big, fun, emotional–take them on that ride and make them forget everything.” 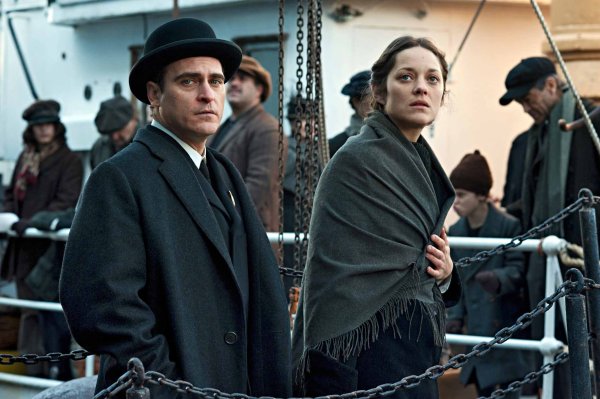 Summer’s Blockbuster Cure: The Immigrant
Next Up: Editor's Pick