Here Are America's 5 Most Miserable States

The well-being of Americans hasn’t improved in the past six years, and it even declined slightly in 2013, according to a recent Gallup study. While national figures remained flat overall, the ranks of the states with the highest well-being scores changed considerably. North Dakota topped the well-being list in 2013 after failing to crack the top 10 in 2012. Hawaii, 2012’s top state, fell to number eight in 2013. West Virginia, on the other hand, remained at the bottom of the list for the fifth consecutive year.

The Gallup-Healthways Well-Being Index, which interviewed more than 176,000 people from all 50 states last year, measures the physical and emotional health of Americans across the country. 24/7 Wall St. reviewed the more than 50 metrics comprising the six broad categories Gallup used to identify well-being.

Because these relationships appear to exist, “there’s a lot of things that employers or communities can do structurally, culturally, legislatively, that can positively affect change around well-being,” Witters added.

In states with high well-being scores, residents were less likely to smoke and more likely to exercise regularly and learn new things every day. These states also enjoyed the positive outcomes of such behaviors, including lower obesity rates and other common health problems.

The opposite was generally true for states with low well-being, where residents were more likely to have unhealthy lifestyles or limited access to basic necessities. As a result, they tended to feel physically and emotionally unhealthy. In those states, residents were among the most likely in the nation to suffer from health problems such as high cholesterol and blood pressure, as well as obesity. Broadly, residents in these states did not feel they were thriving.

Other factors considered by 24/7 Wall St., in addition to data from the Well-Being Index, may also influence a state’s score. The states with the lowest well-being typically had very low median household incomes. Having a stable income is important because it enables people to access basic needs such as healthy food, clean water, medicine, and health care. However, the opposite was not the case for the highest ranking states, a number of which were not especially well-off.

“For the most part, well-being goes up with income,” according to Witters. While a low income can definitely impair well-being, as incomes rise, factors such as emotional health tend to level out, Witters explained. For individuals, “emotional health scores kind of hit their peak at about $75,000 a year. And after that point, they really don’t get any better.”

However, while states with high well-being scores did not have necessarily high incomes, they often had other advantages, such as high educational attainment and low unemployment. In each of the top-rated states more than 90% of residents had a high school diploma, versus just 86.4% of Americans nationwide. Educational outcomes in low well-being states were generally poor. Also, many states with high scores had low unemployment.

Although a number of the states with the highest, and lowest, well-being scores have remained the same, the well-being of a number of states significantly improved in the most recent year. Perceived improvement in the work environment, especially in the supervisor’s treatment, was often behind these gains, according to Witters. He cited workplace evaluations as a major reason Hawaii fell in the rankings, as well as a major reason North and South Dakota, the two states with the highest well-being scores, entered the top 10 in 2013.

Regional patterns were also evident, as states in some parts of the country continued to do better than others in 2013. In particular, the Plains states were disproportionately well-represented among the states with the highest well-being. North Dakota, South Dakota, Minnesota, Nebraska, and Iowa were all among the top 10 states. States in the Southeast accounted for seven of the 10 states with the lowest well-being score in the nation. This has been the case in previous years as well.

24/7 Wall St. reviewed all 50 U.S. states based on their scores in the Gallup-Healthways 2013 Well-Being Index. Gallup-Healthways calculated a national well-being score as well as one for each state, assigning scores from 0 to 100, with 100 representing ideal well-being. In generating the rank, Gallup combined six separate indices, measuring access to basic needs, healthy behavior, work environment, physical health, life evaluation and optimism, and emotional health. In addition to the index, 24/7 Wall St. considered data from the U.S. Census Bureau’s 2012 American Community Survey, including median income, poverty levels, and the percentage of adults with a high school diploma or higher. From the Bureau of Labor Statistics, we reviewed state unemployment rates as of December 2013. We also reviewed 2010 statistics for life expectancy at birth and deaths from heart disease, as well as 2011 data on prescription drugs, published by The Henry J. Kaiser Family Foundation. We also considered state violent crime rates in 2012 from the FBI’s Uniform Crime Report Program.

No Americans had as negative an outlook about their future as West Virginians, who rated their projected life in five years the lowest. Additionally, just 44.8% of residents described themselves as thriving, the lowest in the nation. West Virginia also had the lowest score for overall emotional health, ranking either the lowest or second-lowest in nearly all of the indicators considered by the Gallup-Healthways Well-Being Index. Unsurprisingly, residents had less confidence about the future of the U.S. economy than those anywhere else in the nation. Outside of attitudes, West Virginians were also the least physically healthy respondents in the nation. The state had the highest rates of both high blood pressure and high cholesterol, and the second highest obesity rate. It also had the highest rate of respondents unable to partake in age-appropriate activities.

MORE: Cities with the Highest and Lowest Taxes

Kentuckians had some of the most unhealthy behaviors last year. Less than 60% of those surveyed said they ate well all day, the worst among all states, while the smoking rate was the highest in the nation. Unhealthy habits in the state likely contributed to poor physical health. Respondents from Kentucky were among the most likely to complain about lack of energy and sleep, and nearly 30% said health issues prevented them from going about their normal lives. The state’s population was the nation’s most reliant on prescription drugs, with 19.3 prescriptions filled per capita in 2011, tied with West Virginia.

MORE: States Where Children are Struggling to Read

Nowhere else in the U.S. did people feel as negative about their work environment as in Mississippi. But this was just one of the problems facing state residents. Respondents were among the most likely in the nation to lack access to basic necessities. More than a quarter of people surveyed in the state indicated they did not have money for food at some point in the previous 12 months, while nearly as many lacked money for health care. By a number of measures, the state was one of the absolute poorest in the nation. The median income in Mississippi was just $37,095 in 2012, lowest in the U.S. Also, 24.2% of people lived below the poverty line, more than in any other state. With limited access to basic needs and poor healthy behaviors, the state was among the worst in the nation in physical health assessments. Last year, no state had a higher obesity rate than Mississippi. In 2010, no state had a higher rate of death from heart disease or a lower life expectancy at birth than Mississippi.

The median household income in Alabama of just $41,574 in 2012 was fourth lowest in the nation. The relatively low income of many state residents may have made it difficult for them to access basic necessities. Relatively few Alabama residents said they had enough money to afford medicine, food, or adequate shelter. Alabama residents also had among the worst physical health in the nation. High blood pressure and diabetes in particular were much more common in Alabama than in most other states. Also, there were 236 deaths per 100,000 people due to heart disease, the second-most nationwide.

Despite its low well-being score, Ohio stands out from other low ranking states because it doesn’t exhibit many of the elements often present in those states. For one, Ohio’s median household income of $46,829 in 2012 was higher than most states with low well-being scores. Similarly, its residents had better access to basic needs than residents of other low well-being states. However, residents generally had low evaluations of their lives, trailing only West Virginia and Kentucky by that measure. Just 49.3% of respondents stated they were thriving in their lives last year, one of the lowest proportions in the nation. Relatively few respondents indicated they had a learning experience within the previous 24 hours, and residents were among the most likely in the U.S. to have felt angry that day. This contributed to Ohio’s low ranking for emotional health. 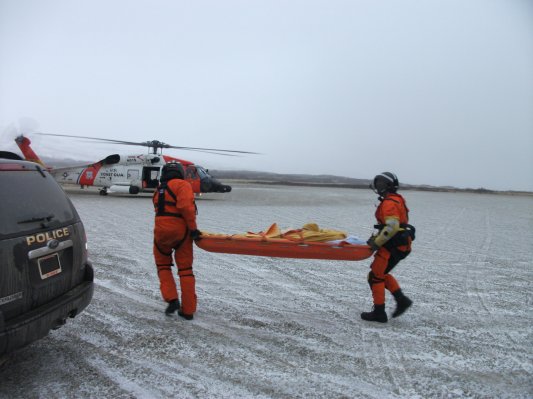