A Final Agreement Is Still Possible

Illustration by Edel Rodriguez for TIME
By Yair Lapid

Here are 48 hours from life in the Middle East. Late on April 22, a week before the deadline for the U.S.-brokered peace talks between Israel and the Palestinians that had been taking place for nine months, negotiators from the two sides and the American mediators gathered for a meeting. The atmosphere was excellent. New solutions were proposed for old problems and the word breakthrough was mentioned more than once. The goal was a clear and mutual one: to reach an agreement that would extend the negotiations and move them to an even more senior level.

The optimism was replaced with shock when, on the morning of April 23, the President of the Palestinian Authority, Mahmoud Abbas, announced a reconciliation deal between the two main Palestinian factions of Fatah, which runs the West Bank, and Hamas, which controls the Gaza Strip. The two had been feuding for years. The reconciliation came just two days after Hamas fired rockets into southern Israel. It was the Passover holiday, and the rockets landed close to a synagogue in the town of Sderot. Miraculously, no one was hurt.

And so, on April 24, after an unusually long meeting, the Israeli government’s security cabinet—of which I am a member—unanimously decided to suspend the peace talks. This was by no means a trivial decision for me. When the current Israeli administration was formed last year, I told Prime Minister Benjamin Netanyahu that while I would not stand by with a stopwatch, I had no intention of remaining in government unless we undertook negotiations with the Palestinians to resolve our conflict.

My views have not changed. I believe we must not yield one inch when it comes to Israel’s vital security needs, but we must stop building settlements outside the so-called blocs that will remain part of Israel under any peace agreement. We must decide the issue of the outstanding settlements and work out a deal under which Israel withdraws from much of the West Bank.

An arrangement along these lines would be no easy feat, since the Palestinians already refused twice—in 2000 and in 2008—to sign an agreement that would have granted them more than 90% of their territorial demands.

Despite all this, I have not given up. Nothing is easy in the Middle East, but we must continue to work toward an agreement with all our might, because the alternative is eternal conflict and the loss of Israel’s Jewish identity.

And yet I cast my vote for suspending the recent negotiations. Why?

Because I believe Hamas is not a legitimate representative of the Palestinians but rather a jihadist terrorist organization whose express purpose is to kill and maim Jews simply because they’re Jews.

I voted the way I did because I cannot understand how anyone could expect us to negotiate with a Palestinian government, one half of which claims to want a peace agreement with us while the other half claims it is not bound by that agreement.

One half claims to want peace, and the other half—simultaneously—shoots thousands of rockets and mortar shells toward innocent civilians. One half speaks English and tells the world what it wants to hear, and the other half is an Islamist organization that denies the very existence of the Holocaust and was outlawed in the U.S. and in most European countries and whose Gaza leader Ismail Haniyeh lamented Osama bin Laden’s death.

As mentioned previously, I am willing to sacrifice a lot to reach an agreement. This is also why the Cabinet decision was worded so carefully. Whoever reads the actual text will see that we called not for the cessation of the talks but rather for their suspension. Announcing the reconciliation, the Palestinian Authority declared that a Fatah-Hamas government would be formed in five weeks. When it is, when we know what the new administration looks like, we can decide—in consultation with the U.S.—where to go from there. Our goal was and remains to continue talks until an agreement is reached. But before that, we must know something very basic: With whom exactly are we talking? 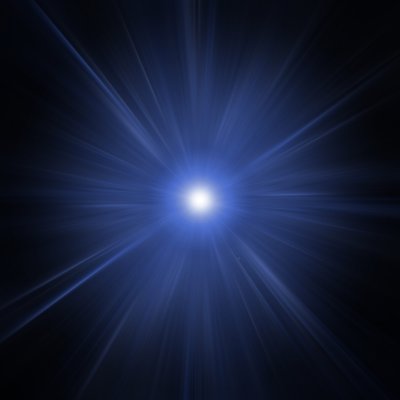 The Big Bang Did NOT Occur 50 Years Ago
Next Up: Editor's Pick