Israel Has Run Out of Excuses

Illustration by Edel Rodriguez for TIME
By Saeb Erekat

During nine months of U.S.- sponsored negotiations between the Israelis, the occupying power, and us, the occupied people, the Israelis constantly questioned our ability to make peace. They repeatedly said it was impossible to strike a deal with the Palestinians because we were divided. World leaders visiting Tel Aviv were faced with rhetorical questions from Israeli officials. “With whom should Israel make peace?” they would ask. “With Gaza or the West Bank?” But after our national reconciliation agreement was accepted and recognized by all Palestinian political parties in late April, Israel contradicted its argument and said it could not negotiate with a united Palestinian government, specifically one that includes the Hamas movement.

During the early 1980s, Israel had a different excuse for not making peace with the Palestinian people: the Palestine Liberation Organization’s refusal to recognize Israel. In 1988 we recognized Israel on 78% of historical Palestine, a deeply difficult and historic concession. Twenty-six years later, the number of Israeli settlers within the remaining 22% has tripled.

Israel’s next excuse was lack of recognition of Israel by the Arab states. In 2002 the Arab League introduced the Arab Peace Initiative, offering recognition from 57 Arab- and Muslim-majority countries in exchange for Israel’s respect for U.N. resolutions, which would mean the return of that 22% of historical Palestine to the Palestinians. Israel’s response? More settlements.

Most recently, the Israeli government came up with a further qualification—that we should recognize Israel as a Jewish state, safe in the knowledge that this could not be accepted, because that would negate our own history.

Reconciliation and negotiations are not mutually exclusive. In fact, it’s impossible to reach a just and lasting peace without concord between the Palestinian factions. The reconciliation agreement ratifies the PLO’s legitimacy to negotiate with Israel, honors all Palestinian commitments and obligations toward international law and previous agreements and calls for the formation of a national consensus government. This government’s sole mandate will be to prepare for elections, provide services and build institutions. The political program of the new government will be the PLO political program, not the program of any one faction.

Palestinian reconciliation is rejected only by those who aim to perpetuate the status quo for their own benefit. This is precisely what the government of Israel has been doing during nine months of negotiations, during which Israel has killed more than 50 Palestinians, approved more than 13,000 new housing units in Israeli settlements, conducted almost 4,500 military operations on Palestinian land, demolished 196 Palestinian homes and allowed more than 660 settler terrorist attacks against Palestinians.

Netanyahu’s government has refused to even put a map on the negotiating table proposing Israel’s vision of its final borders. Netanyahu has ensured he is unable to do this by surrounding himself with the most extremist factions in Israel, including the settler movement, from which he selected his Foreign Minister, Housing Minister and the Knesset speaker.

Frankly, it is difficult to understand how anyone could expect us to negotiate with such a government. And yet we have, in good faith, offering concession after concession for the sake of peace. The truth is simple: Israel refuses to negotiate sincerely because, as long as the status quo works in its favor, Israel has no interest in a solution. Without firm signals from the international community, Netanyahu’s occupation and colonization policies are incentivized. With Palestine’s new international status, as ratified by the U.N. General Assembly, we will continue shaping our country as a peace-loving nation that respects human rights and international law. This includes our right to make use of international forums in order to end Israeli violations and achieve the fulfillment of our long-overdue rights.

Meanwhile, the ruling coalition of Israel should stop wasting its energy on excuses and start realizing that apartheid is not a sustainable option. Israel’s rejection of Palestinian national unity has little to do with Hamas and a lot to do with its own unwillingness to do what is needed for a just and lasting peace.

Erekat is head of the Palestinian negotiation team 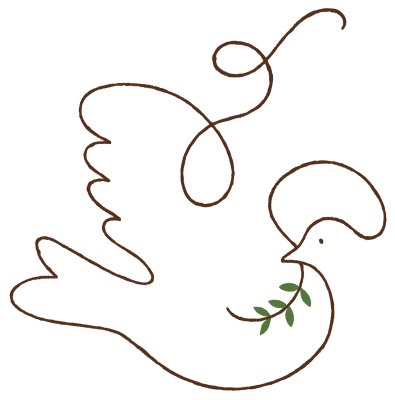 A Final Agreement Is Still Possible
Next Up: Editor's Pick