An Hour With Africa's Richest Man

Honoree Aliko Dangote at the Time 100 Gala at Jazz at Lincoln Center in New York on April, 29, 2014.
Jonathan D. Woods for TIME
By Rana Foroohar

I’m waiting for Aliko Dangote. Everyone is. Africa’s richest man, worth $24.7 billion (more than Carl Icahn, George Soros and any number of lesser Western billionaires) is probably the most in-demand person at the World Economic Forum here in Abuja, Nigeria. He enters the Hilton on a red carpet, a mere 30 minutes late, with minders, the head of his foundation, and the second of his three grown daughters in tow. The hotel employees literally bow before him, lesser oligarchs wave and backslap, and the merely rich try to bum rides on his private plane. “I don’t know what to do, my wife really needs to get home,” says an Indian businessman to one of the numerous Dangote staffers hovering nearby, who smiles sympathetically and promises to look into things.

Dangote himself is unassuming. A 57-year-old man with an almost shy smile, he’s a practicing Muslim that acquaintances call “generous” and “prayerful.” He’s also a sharp elbowed business titan, the 24th richest in the world, who has survived ten different regimes in Nigeria, building a $2 billion empire on cement, sugar, salt, and more recently, energy. Dangote sat down with me in his suite at the Transcorp Hilton in Abuja Wednesday to discuss wealth, power, politics, and the future of Africa. Below are lightly edited excerpts from our talk:

TIME: I hear you haven’t taken a vacation in 20 years. Is that true?

Dangote: It used to be. I was working very hard for a long time to build up my business. Now, I try to take a week’s vacation every two weeks. We live in Lagos, on Victoria Island, but I like to go to Miami with my family. I used to own two homes in Atlanta. But it was a lot of trouble. There are leaky roofs, you have to call people. It takes up too much time to own property everywhere. Now I stay at the St. Regis. I used to like cars a lot, too. I had 25 of them, Porches, Ferraris. I would drive from Lagos to Kano at 180 miles per hour. But I stopped that after I had my second daughter.

You came from a certain amount of wealth. What was your upbringing like?

My great-grandfather was a kola nut trader, and the richest man in West Africa at the time of his death. My father was a businessman and politician. I was actually raised by my grandfather. It’s traditional in my culture for grandparents to take the first grandchild and raise it (Dangote’s older sister died as a baby in a car accident). I had a lot of love, and it gave me a lot of confidence.

You started with a loan from your uncle and built the most successful locally owned business conglomerate in Africa. What were the turning points?

I always tried to move up the food chain. I started with cement, and then moved into textiles, and banking. When I was trading sugar, I added salt and flour, so that then we could do pasta. And then I thought, why not make the bag for it too? So, we started making packaging.

This is a very entrepreneurial culture, but not a lot of people have your kind of success. What did you do differently?

We had a lot of capital, and we were able to build out our own power grid. The number one thing that kills businesses in Africa is power, or the lack of power. We wanted to have our businesses completely independent, with our own grid. So we built it. It took $1.2 billion. That’s a lesson I took from the financial crisis. It’s so important to have capital. At that point, we had about $2 billion in debt from expanding so quickly, so we had to scale back. But if I had more capital [in hand] in 2008, I could have bought so many things – homes, airplanes, land – so cheaply.

Now you are going up the food chain again, getting into energy, and in particular oil and gas refining. Nigeria has a lot of oil, but not a lot of refined gas. A lot of people feel that Africa could grow a lot faster with more of its own refinery capacity.

Yes, we’ll finish our refinery in 2017, and with it a petrochemical factory. This should take us to the next level. It’s all about integrating what we have. From the sugarcane we use, we can make ethanol. People say, “why get into agriculture?” but there is huge vertical integration between food and fuel, and Africa has both. Our rice and sugar business will create 180,000 new jobs in the next four years. We want to have a market capitalization of $100 billion by 2017. It’s my goal for my 60th birthday!

What’s your goal for this World Economic Forum meeting?

I want people to understand what’s really here. I feel Nigeria is like Colombia. People think about it based on information from 20 years ago. You think about Colombia, and all you think of is drug cartels, but really, there’s a lot of investor interest. It’s the same here in Nigeria. It’s not the 1970s. Things have changed.

But isn’t that the crucial juxtaposition here? You have growth, but no security. You have 8 % GDP growth, and over 200 missing girls that have been taken from their homes by Boko Haram.

It’s true. It hasn’t stopped business, but the situation is out of hand. I think the government is trying to get themselves together [around this issue]. I think they have been taken by surprise – there are people in places like Spain saying “where are these Nigerian girls?” It’s good that they’ve asked the US and the UK to help. And it’s important that the private sector do its part, too. Unless we create more jobs, we won’t eliminate Boko Haram. Even if we do, another such group will come. We have to empower our people.” 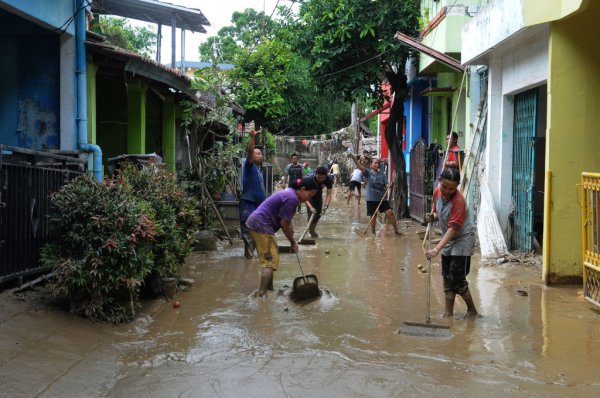 The World Is Becoming Less Stable. To Fix It, We Must Learn How to Work Together Again
Next Up: Editor's Pick