Stick to Foodstagramming: Poachers May Be Following Your Safari Pictures

You might want to limit your Instagram activity to your brunch excursions. It turns out that geotagging the endangered rhinoceri you saw on Safari on has far darker connotations than letting your social media following know where you got that breakfast burrito.

A photograph tweeted by Eleni de Wet, a branding and marketing company owner in South Africa, suggests that geotagged photos are leading poachers directly to their prey:

While this image has only recently been making its rounds online, conservationists have been concerned about the dangers of geotracking for some time.

In a 2012 interview with the Sunday Times, a marketing representative of South Africa’s National Parks explained how poachers are using basic technology to kill endangered species. The method is to send a young couple on safari with a GPS-enabled smartphone, which they use to take a photo of the rhino,” Marc Reading said. “The exact co-ordinates are attached to the picture, allowing poachers to come in after dark and track the animal.”

The concern has also been raised by marine life enthusiasts who worry that taking a picture of a fish could make it a target of aquarium enthusiasts.

While technology can be a good thing for the preservation of wild animals—drones have been used to track poachers—it also has a darker side. 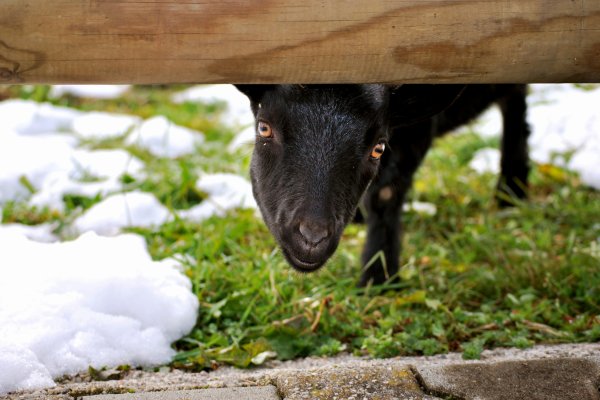 Meet 'Octogoat,' the Goat With Eight Legs Born In Croatia
Next Up: Editor's Pick