How To Get Paid for Planning Your Death

A couple of days before my mother jetted off on a three-week trip abroad, she sent me her usual email that detailed flight info and where she would be staying, “just in case.” But this time, she also included her preferences in case of an emergency—like what she wanted to happen to her if she couldn’t make her own medical decisions. She told me she was an organ donor and didn’t want anything too fancy when it comes to a funeral. If it’s just my sister and I, that would be just fine.

At first, I was dumbstruck. My mother is healthy, she isn’t particularly morbid and she was traveling to the stable country of France. But the more I thought about it I realized that getting answers to those difficult, devastating questions while she’s well (as opposed to in a hospital bed) was far better for both of us. It turns out my mom is in the minority. Only about 30% of Americans have so-called “advance directives”—legal documents that lay out exactly what they want when it comes to resuscitation, power of attorney, and overall preferences for treatment, like whether a person prefers to die at home. That’s something Republican Oklahoma Senator Tom Coburn is hoping to change. His strategy? Pay people $75 to write one.

He recently introduced the Medicare Choices Empowerment and Protection Act, which would give seniors cash for putting in writing what they want to happen if they can’t speak for themselves in a medical situation. The bill is co-sponsored by Democratic Senator Chris Coons of Delaware and the Act would allow people on Medicare to get a payment of $75 from the Centers for Medicare and Medicaid Services for completing an online directive, and $50 for manually creating one, Reuters reports. Dying is expensive, and planning ahead may be one way to cut costs since end of life spending is in the billions of dollars in the United States. According to The Medicare NewsGroup, in 2011, Medicare spending reached about $554 billion, and of that $554 billion, Medicare spent about $170 billion on patients’ last six months of life.

A 2011 study of 3302 Medicare beneficiaries found that advance directives were associated with less Medicare spending, a lower risk of dying in a hospital, and higher use of hospice care in areas of the U.S. characterized by higher spending in end of life care. Advance directives also make it easier for doctors and family members to make decisions with confidence, and are meant to protect—and carry out—patients’ choices.

“Many people want to complete advance directives, but procrastinate doing so because it requires the unpleasant task of thinking about your own mortality. As a result, new approaches to helping people overcome their inertia might improve the proportions of patients who receive the type of care that they want,” says Dr. Scott Halpern, director of the Fostering Improvement in End-of-Life Decision Science (FIELDS) program at the University of Pennsylvania.

Some cities and states have made advance directives a priority. For instance, 96% of people who die in La Crosse, Wisconsin, have some kind of document about their end-of-life health care wishes, NPR reports. And La Crosse spends less on patients at the end of life than any other place in the country, according to the Dartmouth Health Atlas. Nurses and health professionals in La Crosse have been trained to start talking to patients about advance directives earlier, so that discussions are easier and there’s less confusion.

Some critics of the proposal say that the sheer volume of paperwork that would be required presents a logistical nightmare. Others contend that people won’t take the time to think about their decisions as they click through boxes, and not having thoughtful conversations with family members. Some remember back to 2009, when Sen. Johnny Isakson sponsored an end of life planning bill that would require Medicare to cover voluntary end-of-life counseling sessions between doctors and their patients. Former Governor of Alaska Sarah Palin called them “death panels,” and the unfortunate nickname stuck—the bill died.

But advocates say that since advance directives are a hassle to figure out, incentivizing them to be done in advance is helpful. “Generally the hospice community is in favor of anything that incentivizes the conversation,” says Angie Truesdale, vice president of public policy National Hospice and Palliative Care Organization. “[The proposal] takes a very patient-centered approach. The only way it could be stronger is if they would incentize patients to revisit it every year.” Although that would be more expensive, Truesdale says patients should have conversations with their family and doctors and update it according to their health and wishes.

Coburn told Reuters he wrote his own advance directive 20 years ago. He will be stepping down from his post in January, due to health issues. The bill has been referred to the Finance Committee which will decide whether to send the bill to the Senate.

Next time I visit my parents, my mom says she plans to sit us all down to complete, or at least consider completing, our own documents. “It will be good for you to have them done,” she sent me in a text message. And my mother is always right.

You won’t get paid for it—yet—but you can start making your own big decisions here. 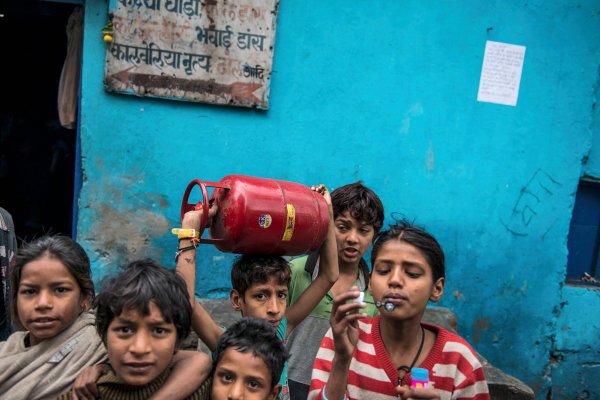 Bridging the Wealth Gap
Next Up: Editor's Pick