An Australian national science agency publicly responded to a 7-year-old girl who asked it to make her a dragon: “There are no dragons … and for this, Australia, we are sorry.”

Gold medal–winning skier Lindsey Vonn adopted a dog with a bum knee days after she withdrew from the Sochi Olympics for a similar injury.

The work of the late British artist Patrick Caulfield–like his 1967 Sweet Bowl, below–is easy to identify by its bold use of outline, shape and color. But though his career took off in the ’60s and his style was strikingly graphic, Caulfield did not consider himself part of the Pop Art movement. He actually identified with older traditions of European art, like still life. An exhibition of his work and inspirations opens at the Abbot Hall Art Gallery in Kendal, U.K., on Jan. 17.

Digital copies sold of Adele’s 21, breaking all previous records. The English singer’s sophomore smash was also Nielsen Soundscan’s best-selling album in the U.S. for 2011 and 2012.

Imagine if Girls / Had trendy facial hair and / much less whining. In!

Craving a burrito but can’t stomach the wait at Chipotle? You’re in luck: an L.A. gas station has debuted the first ever burrito-vending machine. Just tap a meat (chicken, chorizo, bacon) and fillings and the Burritobox will compile your custom burrito in about a minute, for $3. Sound nuts? Check out what’s vended overseas.

A machine in Sheremetyevo Airport serves ’em up for just $2.80, including toppings.

Boulangeries have fickle hours, but this dispenser serves hot bread 24/7, for 1 euro.

In lieu of delivery, Peter-und-Paul-Hof Farm set up 13 machines in nearby towns.

For 80¢, a machine at 7-Eleven mixes water with instant mash.

Hairy crabs, a sweet fall delicacy, are sold in pinch-proof casing for about $3.20.

Artist Carrie Mae Weems uses photos and videos to explore personal experience, especially of those whose experiences are not always recognized. For example, Untitled (Colored People Grid), right, highlights the arbitrary significance placed on skin color by interweaving some of Weems’ earlier portraits with monochromatic squares. To see more work from Weems, a 2013 recipient of a MacArthur Foundation “genius” grant, visit the Guggenheim Museum in New York City, starting on Jan. 24.

It’s an old saw that comedy is tragedy plus time, but Oswalt–who will host the Film Independent Spirit Awards on March 1–is flipping the script. The 44-year-old comedian’s latest stand-up special is called Tragedy Plus Comedy Equals Time and premieres on EPIX on Jan. 17.

Where did the title for the special come from?

It hit me that scrambling the equation still makes it true, which is why the original quote is so brilliant. You can flip around the factors and it still is completely accurate.

Has that proved true in your life?

My instances are more tragic and comic at almost the same time. My knee-jerk response when anything is going bad is to think of a joke.

The blurb says you’ll be talking about the future of our nation. That’s a big topic.

I think The Hunger Games might end up being a documentary. I’ll leave it at that.

I saw the first one. I haven’t had a chance to see the second one yet.

Are you willing to admit that in print?

Yeah, I am. Look, I have a stack of books that I’m meaning to read. The intention is what counts. I don’t want people being ashamed of ‘I haven’t read that yet.’ If you haven’t read something, that’s great–you’ll always get to have a chance to read it.

So what’s on top of the stack?

I’ve got Privacy by Garret Keizer, which I’m trying to get to, but I’m also reading Moby-Dick right now. That’s a big slog, man. I’m learning about all the tools and different kinds of [whale] fats and rendering and cleansing processes …

Which may come in handy when The Hunger Games comes true.

TIME’s James Poniewozik calls The Following (returning Jan. 19 on Fox) “a serial-killing drama in the worst way: every week, it murders plausibility.”

A Canadian couple is letting web users vote on names for their soon-to-be-born daughter. Among the top contenders: Megatron, Streetlamp and Cthulhu.

FOR OUR COMPLETE TV, MUSIC AND MOVIE COVERAGE, VISIT time.com/entertainment 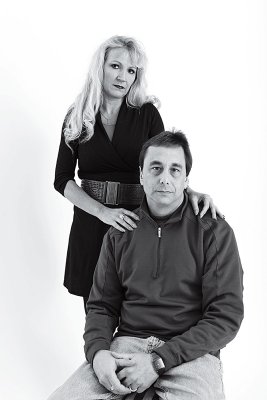