Seriously, the suits aren’t the problem.

U.S. Speedskating has extended its partnership with Under Armour for another eight years, the two announced Friday, despite initial questions as to whether Under Armour’s uniforms were the reason the U.S. speedskating team still has not managed to medal during the Winter Olympics in Sochi.

“U.S. Speedskating remains extremely grateful to have such a supportive partner and to have access to Under Armour’s game-changing innovations, which have helped propel countless athletes around the world to championship results,” U.S. Speedskating Mike Plant said in a statement. “The length and scope of this agreement send a strong signal about Under Armour’s commitment to our athletes and will best position them to skate with confidence and a competitive edge well into the future.”

While the U.S. team won four medals in the 2010 Winter Olympics, the team has flopped at Sochi this year. After the first six events (in which no American had even placed in the top five), the Americans switched their suits from the newer model to the older model they wore at the World Cup in Japan. Both versions were manufactured by Under Armour.

Under Armour and U.S. Speedskating had touted the new suits as the fastest in the sport prior to the Olympics. The new suits had venting in the back that was meant to help skaters cut through the air. The U.S. speedskaters purposely didn’t wear the new suits at the World Cup so as not to give away their secret weapon, according to ESPN. But some sports reporters have suggested that the new vents were actually creating drag, keeping the U.S. skaters from the podium.

The switch back hasn’t seemed to help. Even after the change, no U.S. athlete has managed to win a medal in speedskating. 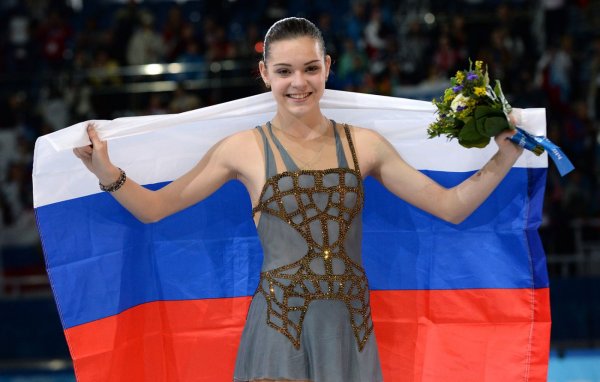 Russia Has Its First Ladies Figure Skating Gold Medalist, But It’s Not Lipnitskaya
Next Up: Editor's Pick