Your Broadband Company May Be Holding Your Internet Access Hostage

One of the biggest Internet backbone companies in the world, Level 3, claimed this week that five of the major American consumer broadband providers have been abusing their near-monopoly access to American homes and offices to pad their profits, raise consumer costs and delay enhancements to the high speed lines.

The charge comes just as Congress, the Federal Communications Commission and the Federal Trade Commission are considering a merger between Comcast and Time Warner Cable that would make the new company the largest broadband provider in the country.

The big broadband providers “are deliberately harming the service they deliver to their paying customers,” writes Mark Taylor, Level 3’s VP of Content and Media, in a blog post on Monday, who argued that their near-monopoly in local markets was the main factor allowing them to get away with it. “They are not allowing us to fulfill the requests their customers make for content.”

While Taylor did not name the Internet Service Providers at issue in his post, he dropped some hints. “Five of those congested peers are in the United States and one is in Europe,” he writes. “There are none in any other part of the world. All six are large Broadband consumer networks with a dominant or exclusive market share in their local market. In countries or markets where consumers have multiple Broadband choices (like the UK) there are no congested peers.”

All five of the U.S. ISPs in question also “happen to rank dead last in customer satisfaction across all industries in the U.S,” Taylor writes, citing the American Consumer Satisfaction Index (ACSI). The 2013 ACSI report lists those companies with the worst customer satisfaction, in descending order, as AT&T, Charter, CenturyLink, Time Warner Cable, and Comcast.

Comcast senior vice president of corporate and digital communications Jennifer Khoury said in a statement that “there’s no congestion between Comcast and Level 3 connections,” and that the two companies are “working collaboratively.” “Given these facts, we have no reason to believe that Comcast is on [Level 3’s] list,” she wrote.

At issue is a high-stakes debate over the type of financial model that should be used to build the next generation of Internet connections, which, thanks to increased use and high speed video, demand ever higher levels of data to move through America’s broadband wires.

In recent months, Taylor says that the big American commercial broadband providers have refused to share the cost of widening the important choke points that connect them to the global internet network. Those so-called peering connections have become congested as more and more people use the Internet for things like streaming HD video.

In the past, ISPs have been willing to share the cost of expanding the capacity of these connections, Taylor writes, but now they say they shouldn’t have to pay. Instead, they want the companies that are producing all that content, like Netflix, Amazon, and Google, to pony up. Broadband companies have compared this kind of arrangement to a postage stamp, where costs are assessed based on what is sent through the system.

But that argument is “unreasonable on its face,” writes another Level 3 executive, Michael Mooney, in a blog post in March, and “entirely inconsistent” with the fact those broadband providers already make a lot of money from consumers who pay them to deliver content at certain speeds. The ISPs’ refusal to help maintain the peering connections that they rely on is simply creating a global game of chicken, he writes. Who blinks first is less the point than who is suffering is mean time: everyday internet users, whose YouTube video won’t stop “buffering,” whose NBA playoff games won’t stream, and whose web pages, at a peak hours, sometimes simply won’t load.

Here’s Level 3’s basic argument: Level 3 and other so-called “transit” or “Tier 1” companies, like Cogent, XO, and GTT spend lots of money maintaining large, sprawling networks of fiber and cables stretched across the world in trenches and sea beds. Consumer-facing ISPs, like Comcast and Time Warner Cable, who pay to maintain their own regional fiber and cable networks then “hook up” to those global transit companies to allow their customers to access the whole internet. Broadband customers, who never interact with middlemen like Level 3, pay our regional broadband providers to deliver the internet to us at acceptable speeds.

A company like Level Three, which has 51 “peering connections” in 45 cities, has traditionally paid to maintain its global network, but split the cost of maintaining its connections with whomever it’s connecting to—its “peers”–depending on how much traffic is passing between the two, and in which direction. Almost all the transit companies have two types of peers: other transit companies—Level 3 connects with Cogent, for example—and consumer-facing ISPs, like Comcast and Time Warner Cable.

While all the major consumer-facing ISPs have always negotiated hard with transit companies over who pays for what–Verizon’s battle with Cogent made headlines last year–Taylor says that the power dynamic has changed recently.

In the past, consumer-facing ISPs have been willing to share the cost of maintaining those peering connections in order to keep their customers satisfied. If the Internet started streaming more slowly, customers would complain or simply find a new broadband provider. But in recent years, as ISPs have consolidated, more and more of them have begun to enjoy “a dominant or exclusive market share in their local market.” As a result, keeping customers satisfied no longer matters as much, Taylor writes. And that, he says, is the crux of the problem.

As Mooney wrote in March, this problem isn’t new. This game of chicken between five large U.S. ISPs and Level 3 has been happening for more than a year. Level 3’s choice to go public with lengthy, albeit diplomatic, blog posts is an indication that they’re done with the back room standoff. As Washington begins to debate further consolidation in the industry, this issue is now squarely on the table. 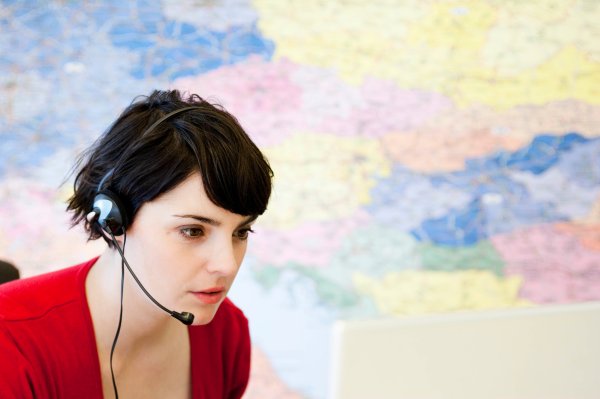 Infographic: Technology Is Making These 10 Jobs Obsolete
Next Up: Editor's Pick