Africa's Middle Class Is at the Crossroads

People holding signs take part in a protest demanding the release of abducted secondary school girls from the remote village of Chibok, in Lagos, May 5, 2014.
Akintunde Akinleye—Reuters
By Rana Foroohar

The World Economic Forum’s annual Africa meeting is starting today in Abuja, Nigeria. The story here was supposed to be an optimistic one–last week, the World Bank upgraded the country’s GDP numbers by 89 %, making it the number one largest economy in Africa. Yet the fact that there are still 233 missing girls that have been abducted from their homes in the northeast of the country by the Islamic radical group known as Boko Haram is casting a large shadow on that story. Standard & Poor’s rating agency recently downgraded the country’s credit based on rising terrorism (a car bomb last week outside Abuja, the second in recent weeks, killed 19 people), and corruption (the central bank head was put on suspension a few weeks ago after $20 billion was found unaccounted for in the Treasury).

On the shuttle buses and in the halls of the WEF meetings here in Abuja, I hear Western business people recalibrating their notions of political risk in this country, and fretting about whether a country that can’t keep girls safe in their schools can turn itself into the sort of middle class consumption society that everyone here hopes it can.

A big part of the problem has been misleading statements, delays and half-hearted efforts on the part of government. President Goodluck recently told local media that the government was doing “everything it can,” including taking help from the U.S, which has offered up a counter-terrorism team to track the abductors. But the general feeling amongst participants here at the WEF is that the lack of urgency around the issue represents the failure of government to provide the sort of basic security that is crucial to both African growth, and Western investment.

“There’s a good news story and a bad news story here,” says Rajiv Shah, the administrator of USAID, here attending the WEF meeting in Abuja. “The good news is that Nigeria is thriving economically. But the bad news is that this [incident with the girls] cuts to the heart of the continuing problems with safety and security here. Boko Haram has displaced 500,000 people in northern Nigeria. The president has instructed Secretary Kerry that we will do everything we can to help.”

Yet at the end of the day, the impetus for managing the crisis has to come from Nigerian leaders themselves–and so far, most seem much more interested in discussing foreign direct investment and GDP growth and privatization of the country’s various industries rather than security, and particularly the missing girls. But the two are linked. Research shows that countries don’t rise economically unless they can assure education and economic empowerment for women. Until Nigeria can protect its school children, it may find inclusive growth illusive. 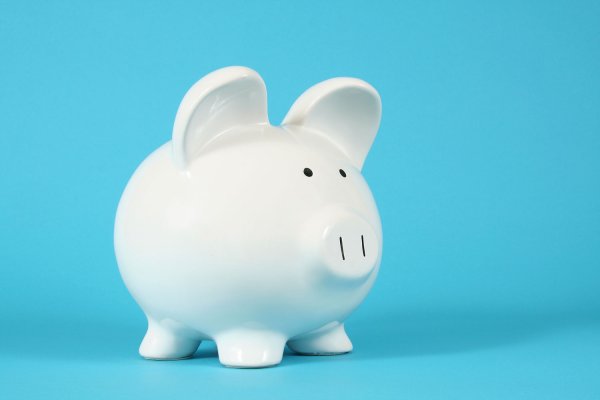 Here's a Dead-Simple Way to Guarantee Your Retirement Security
Next Up: Editor's Pick