At its NewFronts presentation to advertisers, Maker Studios wasn’t shy about its new membership in the House of Mouse. The YouTube network, which is being bought by Disney in a deal valued up to nearly $1 billion, has big plans to leverage iconic franchises such as Star Wars and the Avengers. “For Maker creators all over the world who already love Disney content, this is a new and exciting way to inspire,” said Erin McPherson, Maker’s chief content officer.

Disney CEO Bob Iger offered more insight into how Maker fits into the media giant’s overall plans in a quarterly earnings conference call with investors. Iger said that Maker’s vast reach, with its 55,000 channels generating more than 5.5 billion monthly views, is what caught Disney’s attention. He also emphasized that the video network will actively use Disney IPs. “More and more we’re taking advantage of short-form video and distribution for marketing messages for our moves, our theme parks and our television shows,” he said. “Getting maximum traction from a distribution perspective takes a lot of expertise and a lot of experience, and they’ve got that.”

Maker had other features to tout besides its new parent company, though. The company just launched Maker.tv, a video portal that will present content from Maker talent outside of YouTube. The company has said this is an additive offering, not a first step toward ditching YouTube, but some content will premiere on Maker.tv before moving to other platforms.

Like YouTube, Maker is also searching for ways to help brands easily place their marketing messages against premium content. YouTube’s solution is Google Preferred, a new targeting program that allows marketers to advertise against the top 5 percent of YouTube videos. Maker is taking a more hands-on approach with a new initiative called Maker Labs, which will pair production studios with marketers to craft branded entertainment, the new hot thing in advertising. Maker Offers, another new service, will allow advertisers to easily pitch brand integration ideas to Maker’s thousands of video creators.

Maker also debuted a wide-ranging slate of new programming, including a new comedy series called Ithamar Has Nothing to Say produced by Keegan-Michael Key and Jordan Peele, a kids’ program called Mind_Craft that teaches children lessons in the world of the video game Minecraft and a long-form drama called Oh, You Pretty Things!

Maker was already one of the most ambitious companies trying to prove that YouTube can compete with the Hollywood elite. With Disney’s funding and well-known IPs now at their disposal, the startup could get considerably closer to accomplishing that goal. “The old pipes are broken,” McPherson said, referring to the typical, lengthy production model for traditional television. “Our speed to market means we can create high quality content in terms of minutes and hours instead of weeks and months.” 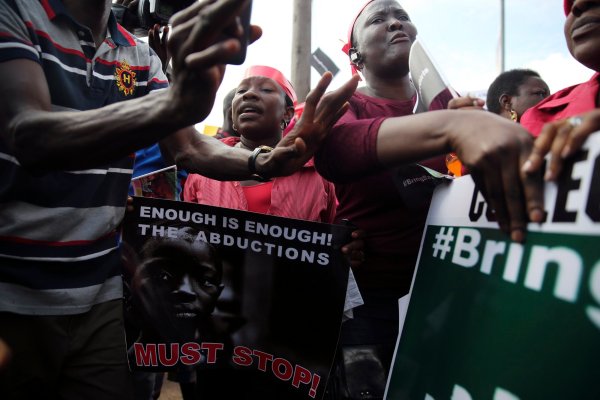 Africa's Middle Class Is at the Crossroads
Next Up: Editor's Pick