Jimmy Fallon Scores One for the Nice Guys

Last night, Jimmy Fallon took over the host chair on The Tonight Show. Judging from the early reviews — “brilliant” and “smashing success” were being thrown around — score one for the good guys.

Is a man that GQ called “joyful, easy, breezy” simply a talented entertainer getting the chance to slow-jam the news on a big stage? Or is he a network bet that America is ready for some nice?

Fallon’s affable goofiness — topical humor that pokes rather than cuts — seems to play well in a culture where nice can be risky.

The word for nice among psychologists is “agreeableness.” It’s measured by happy disposition, warmth, consideration for others, and finding comfort in harmony.

In some quarters, that makes you a wimp. President Obama is, by all accounts, a nice guy who likes people and consensus. Early on, he was branded by a Chicago columnist as “Obambi.” That was picked up and brought out often by Maureen Dowd, who is to public figures what Joan Rivers is to Oscar gowns. The problem, she writes, is his “feminine” management style.

(PHOTOS: The Many Faces of Jimmy Fallon)

Research indicates there is a financial cost for being nice. Timothy Judge of Notre Dame and a team published a paper in the Journal of Personality and Social Psychology called “Do Nice Guys — And Gals — Really Finish Last?” At least as far as salary is concerned, the answer to the title’s question points to yes. Keeping in mind that psychologists say nice means “agreeable,” the research found that “moderately disagreeable” men earn an average of 18 percent more a year than their friendlier peers. (“Moderately disagreeable” is an important distinction because plain disagreeable veers off into personality disorders.)

There is more bad news for nice guys in romance. Women’s magazine fluff (“why we like bad boys”) routinely says nice guys come up short on a number of counts: they aren’t “real”; they try too hard; they don’t demand respect, and they’re predictable (boring). There is also some serious research. A New Mexico State University study led by Peter Jonason found the male sexual appeal of psychology’s “dark triad” — liar, manipulator and selfish narcissist. In other words: not nice is good for a guy’s love life.

Nice, of course, is also under relentless media attack.

One omnipresent example is reality television, where internecine nasty is the state of the genre. (Would we watch if the Real Housewives got along?) The incredibly ugly Jonathan Martin-Richie Incognito affair offered a peek into the culture of the Miami Dolphins, where we find bullying elevated to a psychological blood sport. And, of course, social media has exploded malice and animosity across the digital universe. We can say horrible things about people we’ll never meet to millions of people we’ll never know.

Unless he turns out to be a jerk in world-class disguise, Jimmy Fallon is a genuinely good guy, an antidote to snark and derision, who has worked his way to a very big stage.

For him — and in some ways for the rest of us — here’s hoping that nice sells. 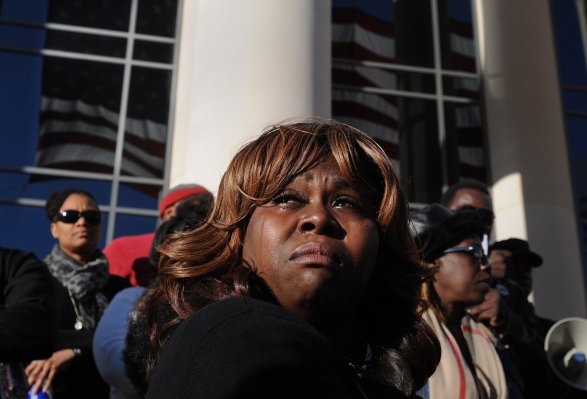 How Not to Lose Another Jordan Davis
Next Up: Editor's Pick