The Belgian Parliament upped the ante last week by redefining the words “slippery slope” and “abhorrent” in its historic vote to expand its euthanasia laws – already some of the most liberal in the world – to include children. Once the king signs the law, terminally ill children may, with the approval of doctors and their parents, choose to die.

The law can be interpreted to include many medical conditions, and as a quadriplegic advocate for persons with disabilities, this alarms me. Children in all cultures tend to approach adults in authority with trust. They look to us for comfort, advice, and support. To have an adult in authority approach them and suggest euthanasia as an alternative to life is swinging the compassion pendulum to the outer edges of horror.

It should be in our nature as adults to protect our young. The UN Convention on the Rights of the Child serves as our global monitor to safeguard children – especially boys and girls who suffer from illnesses or disabilities. Article 5 states, “[The child] has a right to special care if handicapped in any way.”

Is “special care” now three grams of Phenobarbital in the veins if that child despairs of his handicapping condition? I don’t understand how civilized society can defend the right to life of a child with a serious medical condition while abandoning that child at his greatest point of need.

We have long held that children do not have the cognitive ability to make adult decisions; this is why they are considered minors. We limit a minor’s decision on tobacco, drugs, and alcohol until they are adults; yet somehow Belgium believes that a minor can make a decision about taking his or her own life.

Giving little ones a choice usually means that they make decisions based on what they think their families want to hear. When it comes to a choice to die, that’s a terrible burden to place on a child. Boys and girls do not take into account the future; they cannot project what life might be like with a permanent disability or a long-term illness. We adults understand how our decisions impact the future, and we understand that we need to teach this skill to our children. It’s distressing that a life-or-death choice is being granted to young ones who haven’t yet learned this critical life skill.

So, yes, we are outraged by the Belgian Parliament’s decision, and I pray that we never become so calloused in this country as to allow our children to opt for death over their personal hardship. Neither we – nor the suffering child – can fully understand all that is at play in one’s life or in a family who strives to find positive meaning in pain, and we should never be in a position to play God and determine who lives and who dies.

However, before I hold our society up as more righteous than Belgium, I am reminded of a situation in which we are allowing our children to be killed, based on an unknowable prediction of perceived suffering.

An estimated 92% of all women who receive a prenatal diagnosis of Down syndrome choose to terminate their pregnancies. People’s fears of disability – of the perceived suffering it might cause – has created a genocide among an entire population of individuals who, for the most part, are characterized as joyful and loving. But no matter; someone has deemed life with Down syndrome not worth living.

So while we can rightfully condemn Belgium’s decision, our own judgment turns and devours us. Our selfish desires and fears of disability have led our own culture to choose a similar transgression, condemning the “defective” unborn to die, without giving them any say in the matter. At least Belgium gives their children a vote.

After I broke my neck in a 1967 diving accident and learned I would be paralyzed for the rest of my life, I was convinced my life was not worth living. Had it been legal, most people would have thought that euthanasia was a rational choice for me, a depressed 17-year-old quadriplegic waning away in a hospital for almost two years. However, time – that prized commodity which is forever lost after you die – taught me how precious life really is, even with hands that don’t work and feet that don’t walk. Now, decades later, millions of people have been encouraged because of our ministry for special-needs families at Joni and Friends International Disability Center. If I had chosen death, none of that could have happened.

And the “slippery slope?” Once it is determined that the life-value of a person with a serious medical condition is less than that without such conditions, society has taken one more step away from its charge to defend the child and family. Choice then moves to an obligation to die. None of us knows what the future holds and what can be accomplished in our lifetimes, and it grieves me to think of decades of fruitful lives snuffed out because of the fear of pain or disability. I hope it grieves you, too.

Tada is an author, disability advocate, and the founder of Joni and Friends International Disability Center, which promotes life, human dignity, and the value of all individuals – despite their disabling condition – from a biblical perspective. Injured in a diving accident in 1967, Tada is one of the longest living quadriplegics on record. 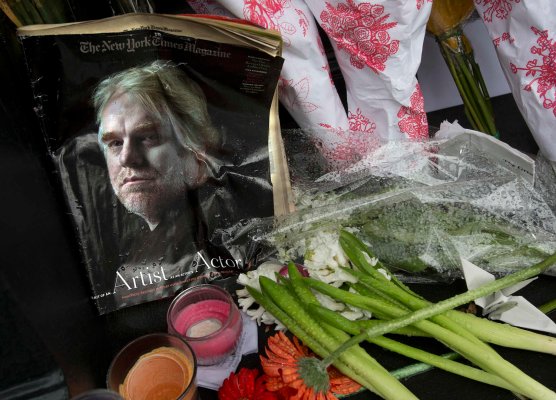 Despite Philip Seymour Hoffman, There Is No Heroin Crisis
Next Up: Editor's Pick