Unemployment: A Fate Worse Than Death

Short of death or dismemberment, what do you think the worst thing is that could happen to you? If you answered “divorce” or “losing my husband,” you’re probably wrong — at least as far as future happiness is concerned. Don’t get me wrong: these things will make you very unhappy. (To say nothing of how your husband will feel.) But over time, research shows, you will recover.

Not so with unemployment. Like divorce or the death of a spouse, losing a job will often plunge people into despair. But,unless they spend a lot of time hunting for a new job, unemployed people tend to stay unemployed. Time heals most wounds, but not all of them. A long-term study of how Germans reacted to various life events showed that four years after they’d lost their jobs, they still hadn’t gotten used to it — being unemployed made them just as unhappy as they’d been the day they were laid off.

Remember, this is Germany, which long had generous unemployment benefits. The financial insecurity that usually attends prolonged unemployment is bound to add to one’s misery. But it doesn’t seem to be the primary cause. As much as we may gripe about it, work is not just something you have to do in order to pay the mortgage. It is a daily connection to coworkers and customers. It is the knowledge that you are wanted and useful. Even the most tedious job gives us a place in the world. Unemployment makes us question why we are here.

That’s what is so disturbing about the recent string of lackluster job reports. The Bureau of Labor Statistics reported last week that in January, 145.2 million people were employed — 1.1 million fewer than in January of 2008, even though the population has grown. In the last two months, the economy created fewer than 200,000 jobs. The unemployment rate is falling only because so many people have dropped out of the labor force entirely and stopped looking.

“If you want to work, if you want a job, if you want to be part of America, we’ll find a place for you,” Senator Rand Paul recently promised immigrants. But right now, America can’t even do this for the people who are already here. The administration often seems to be focused on making unemployment more attractive, rather than making it less common, fighting Republicans over extended unemployment benefits (which some research indicates may actually increase unemployment), and not talking much about how to get people back to work. When the Congressional Budget Office recently projected that Obamacare would cause the economy to lose the equivalent of 2 million full time jobs, the White House argued that this was actually great news, because most of them would be choosing not to work.

Never mind that many of them would be “choosing” unemployment because Obamcare’s subsidy structure effectively makes much work unprofitable. Work is a form of investment: in many careers, pay and promotion opportunities are strongly related to the number of you’ve worked (and experience you’ve accumulated).

That’s if you can get a job at all. But one thing we know about today’s labor market is that once you’ve left, it’s very hard to get back in. Public outcry may be stopping employers from posting the “no unemployed need apply” ads that triggered such outrage a few years ago, but studies show that their behavior hasn’t actually changed: people whose resumes have a sizeable gap will have a substantially harder time finding another job. That’s true for laid off ironworkers and middle managers, and it’s also true for women who step out of the workforce to care for a family member. You can argue — as I would — that employers shouldn’t do this, but no one’s come up with a way to stop them. That’s why our government policy ought to be focused on keeping people at work, not making it easier for them to leave.

This is difficult, but not impossible. There are programs, from tax credits for hiring the unemployed to using direct employment programs as a substitute for extended unemployment benefits. None of them seems likely in the current political environment, so Americans who’ve lost their jobs are going to have to help themselves. Fortunately, we do know something about what works, and what doesn’t.

The first thing is pretty obvious: you have to look for work, every day. Research shows that the more time you spend on your job search, the more likely you are to find another job quickly. Interestingly, how you go about looking seems to matter less than the amount of time you spend doing it.

The second is to be willing to accept lower pay. In the current labor market, you are much better off looking for a higher-paying job from a lower-paying job, than from no job at all.

And the third is move. The whole country has been hit hard by the recession, but some areas were harder hit than others. The farther you are willing to move, the more likely you are to find a job that fits your skills.

“But that’s obvious!” you may be saying, and it’s true. But you wouldn’t know it from the behavior of job seekers. Many of whom slack off their job search when their first round of leads run dry, and resist taking a lower-paying jobs, especially if it involves moving far away. This is entirely understandable. Job hunting, with all its explicit and implicit rejection, is extremely unpleasant. I know, I’ve been there. So is accepting that you are no longer worth what your last boss paid you. And moving routinely ranks high on the list of life’s most unpleasant experiences. But even if it’s understandable, it’s also terribly dangerous.

If you reconcile yourself to lower pay, and steel yourself to put in the hours and look for a job every single day — even when you don’t feel like it, and even if you aren’t sure you are searching the “right” way — then you are much more likely to keep a brief episode of misery from turning into an extended catastrophe. Unemployment will always be one of the worst things that ever happened to you, but it doesn’t actually have to stay that way.

Megan McArdle is a Bloomberg columnist whose recent book is The Up Side of Down: Why Failing Well is the Key to Success (Viking). 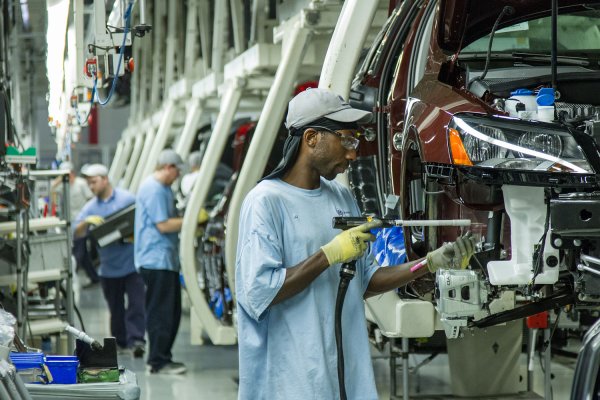