El Niño Is on Its Way

For many Americans, 2013 ended with an unusually bitter cold snap. Late November and December saw early snow and bone-chilling temperatures in much of the country, part of a year when–for the first time in two decades–record-cold days will likely turn out to have outnumbered record-warm ones. But the U.S. was the exception: November was the warmest ever globally, and the provisional data indicates that 2013 is likely to have been the fourth-hottest year on record.

Enjoy the snow now, because chances are good that 2014 will be even hotter–perhaps the hottest year since records have been kept. That’s because, scientists are predicting, 2014 will be an El Niño year.

El Niño, Spanish for “the boy,” occurs when surface ocean waters in the southern Pacific become abnormally warm. So large is the Pacific–covering 30% of the planet’s surface–that the additional energy generated by its warming is enough to tip off an array of weather changes around the world. El Niños are associated with abnormally dry conditions in Southeast Asia and Australia and a weakening of the Indian monsoon. They can lead to extreme rain in parts of North and South America, even as southern Africa experiences drought. Marine life may be affected too: El Niños can reduce the upwelling of the cold, nutrient-rich water that supports large fish populations, and the unusually warm ocean temperatures can destroy coral.

It’s not just the weather that gets worse. The strong 1997–98 El Niño cost the U.S. an estimated $25 billion, and studies have linked the phenomenon to outbreaks of tropical diseases and higher rates of civil war. There’s even research indicating that a powerful El Niño from 1789 to 1793 devastated crop yields in Europe, which in turn helped spark the French Revolution.

Chances are an El Niño in 2014 won’t lead to guillotinings in the streets of Paris, but it would cause hotter weather globally. The three warmest years on record, 1998, 2005 and 2010, were all El Niño years. In fact, 2013 was unusual because it was so hot despite the fact that there was no El Niño–a sign of just how much global warming has increased. Should the southern Pacific heat up enough for climatologists to declare an El Niño in effect–and that requires three months of ocean temperatures that are at least 0.9°F higher than average–expect 2014 to be a record breaker on many fronts. 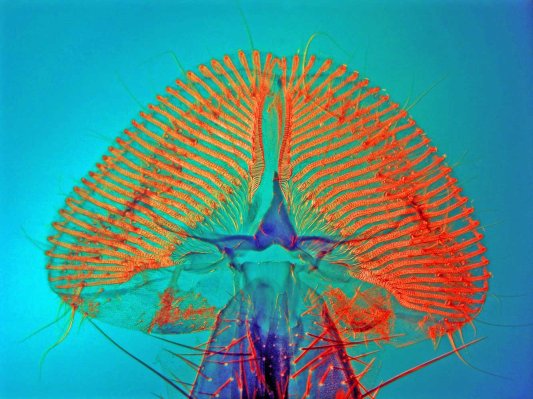 Tiny Beauties: Life's Smallest Wonders As Seen Through a Microscope
Next Up: Editor's Pick