“This will provide an opportunity for a new CEO to begin on a clean slate and for the team to stabilize under difficult circumstances,” NBA Executive Vice President of Communications Mike Bass said in a statement.

The announcement comes one week after NBA commissioner Adam Silver gave Clippers owner Donald Sterling a lifetime ban after it was determined he made racist statements on a leaked audio recording. Roeser was reportedly going to take on the day-to-day operations of the franchise in Sterling’s absence. The team has not said who will sit in the front office during the rest of the Clippers’ playoff run this year.

Sterling made no comment after the audio recordings were initially released. Roeser came the closest of any official representative of the Clippers to delivering the owner’s apology for him the day the tapes leaked to TMZ:

The Clippers advanced to the second round of the playoffs Saturday after topping the Golden State Warriors 126-121 in a game seven matchup. 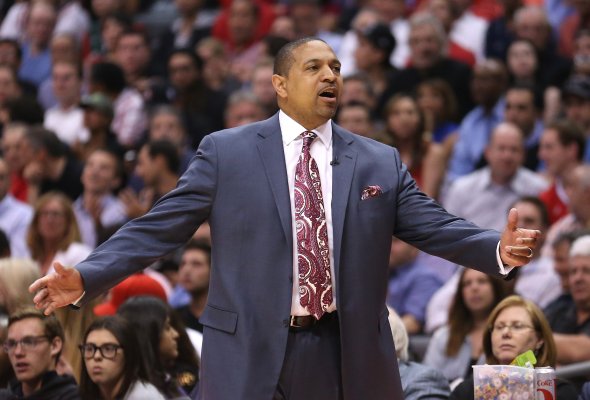