Armed men held up a gas station in Philadelphia Monday and then sold gas to customers for a discount.

Police say the three robbers, who were posing as Hess deliverymen, fired a shot that grazed the gas station’s 18-year-old clerk and then proceeded to serve customers for several hours, CBS Philly reports. The clerk was not seriously injured.

“In my career, that’s the first time I’ve seen or heard something like this occur,” Lt. John Walker of the Philadelphia Police Department said. “Obviously they probably didn’t feel like they got enough money, so they’re going to sit there, take control of the business, offer gas at a discounted price and try to get additional money which is just bizarre.”

The clerk’s father added that his son “was told to stay quiet in the bathroom for two hours, while they were in there waiting on customers.”

Police are now seeking for the culprits, who they suspect have held up other Hess stations in the area. A Hess spokesperson said the company is cooperating with the investigation. 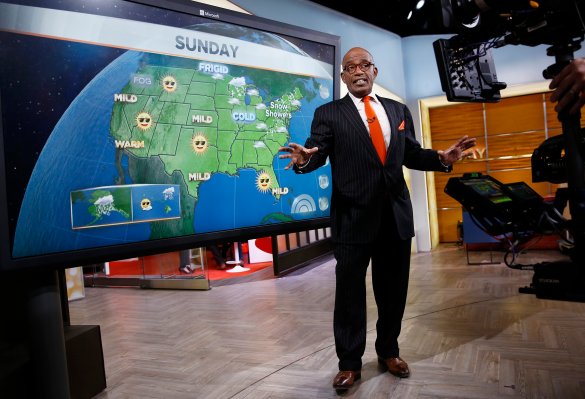 Obama Nudges Weathermen on Climate Change
Next Up: Editor's Pick