Nearly two years into a choking siege, weakened rebel fighters in the central Syrian city of Homs have capitulated to regime forces, delivering the last remaining rebel enclaves of the old city center into the control of Syrian President Bashar Assad’s government in exchange for the safe passage out of the city of some 2,200 rebel fighters and their families. Preparations for the the United Nations-brokered agreement went into effect Wednesday morning, a day after government forces had started the process of clearing opposition-planted landmines to prepare for the fighters’ evacuation to rebel-controlled areas in Syria’s north, according to the Lebanon-based, pro Syrian government news channel Al-Mayadeen.

As part of the deal, an opposition brigade in the northern city of Aleppo has reportedly agreed to release dozens of pro-regime Iranian hostages and to allow aid convoys to reach two Shiite villages that have been under siege by rebel forces for a little over a year. Control of Homs does not portend an immediate government victory in the brutal civil war, but may be a harbinger of things to come for a deeply divided opposition that does not appear to have a broader military strategy in place.

Rebels are attempting to portray the deal less as a military defeat and more as a strategic compromise. Anti-regime activists say that besieged residents have been so weakened by the siege, which has caused chronic shortages of food there. “Revolutionaries inside have nothing at all. You would think it’s impossible for them to survive, but they did for two years,” says Samer al-Homsi, a 27-year-old activist in Homs who goes by a pseudonym to protect his identity. “At this point, they are facing sure death so it’s best for them to leave and maybe resume the fight later. For them it does feel like a victory that they’ve managed to survive.”

In practical terms, the deal appears to offer the best possible outcome for the rebels considering their position, says Syria analyst Noah Bonsey of the International Crisis Group. “Given that rebels lacked the means to gain ground within the city or to secure their exit militarily, this safe passage holds clear value.” Still, says al-Homsi, the capitulation will be a permanent “lump lodged in the rebels’ throats. Homs was known as the capital of the revolution.”

For Assad, just a month away from a presidential election he is expected to win, Homs’ defeat has great symbolic value, says Bonsey. “Homs was central to the growth and spread of the uprising in 2011, and the regime’s return to the old quarter will surely feature prominently in its propaganda as Assad’s ‘reelection’ approaches.” Even Syria’s Ministry of Tourism is getting ahead of itself. The state news agency quoted minister Bashir Yazigi as he discussed plans to revive the tourism sector in Homs and predicted “a prosperous tourist season.”

Twenty-one-year-old Homs activist Bebars al-Talawy says residents are devastated that they have been forced to cede to an army that has destroyed their neighborhoods. Many, he says, feel the international community is largely to blame. “The U.N. delegation has turned from a defender of human rights to a tool used to cover up the ethnic cleansing being carried out by the regime,” he says, speaking via Skype. “Their complicity is what led us to give up.”

Most civilians left three months ago under an earlier U.N.-brokered truce. The few who chose to stay behind describe an emaciated and demoralized populace subsisting on little more than seeds, spices and herbs. Their daily struggle has even inspired a humorous Facebook page called “Siege Recipes”, which chronicles the starving residents’ culinary adventures and experimentation with unlikely ingredients. Insects, grilled to perfection, and broiled turtle meat are a mainstay of several dishes that are photographed and uploaded to the page.

The truce, which was expected to go into effect at the weekend, had been repeatedly postponed until today’s breakthrough. Complications are rife; armed hardline regime supporters might shoot at the buses transporting rebels to the countryside, worries one activist. Al-Homsi has another concern. “Yes, rebels have been granted safe passage to the countryside, but they are simply going from one area of death to another. The regime will just finish them off with airstrikes,” he says. 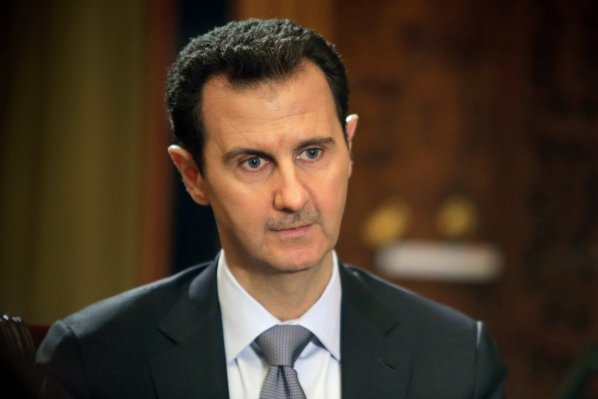 Humanitarian Aid Still Can't Get Through in Syria
Next Up: Editor's Pick