Here's Some More Bad News About Gender Equality in Hollywood

Here’s the latest surprise-free report from the Center for the Study of Women in Television and Film at San Diego State University: most people who make movies are men, even in the more open world of film festivals. The Center, led by Martha Lauzen, is the source of scads of research confirming what’s not so difficult to guess — that filmmaking is far from equal on the gender front.

Their latest “Independent Women” report, released May 6, looked at domestically and independently produced feature-length films (narrative and documentary) that showed at about two dozen American film festivals during the 2013-2014 festival season. The researchers counted up the directors, writers, producers, executive producers, editors and cinematographers.

Among the movies considered, the gender breakdown was:

Even though the numbers aren’t all that impressive — women only made up about a quarter of those people when taken all together, which is no improvement from the 2011-2012 season — the results were dubbed “stunning” (in a good way, based on the context) by the Center when compared to mainstream, high-grossing films. Among the directors of those blockbusters, for example, only 6% were women.

As Lauzen pointed out to The Hollywood Reporter, only one of this summer’s upcoming studio movies (Jupiter Ascending, from the Wachowskis) was even co-directed by a woman — and festival movies don’t always get seen by larger audiences, which isn’t good for the women who are making a dent in these figures.

But some festival movies directed by women are making it to theaters in the next few weeks, and so audiences who want to endorse female filmmakers can keep an eye out for titles like these:

Palo Alto: In theaters May 9, directed by Gia Coppola

Fed Up: In theaters May 9, directed by Stephanie Soechtig

Night Moves: In theaters May 30, directed by Kelly Reichardt 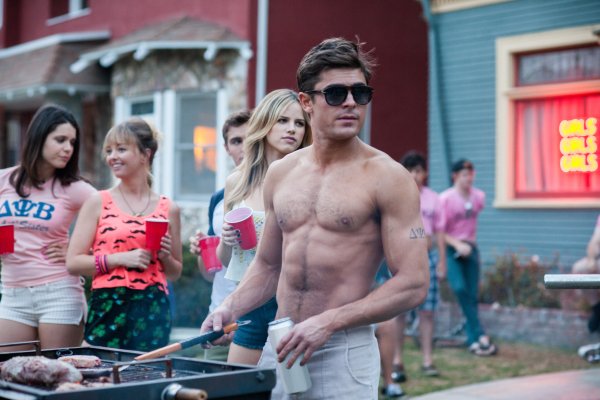 REVIEW: 'Neighbors,' When the Outrageous Becomes the Cliché
Next Up: Editor's Pick