Well, no surprise here. Fox’s decision to greenlight its Batman prequel series Gotham has long been a forgone conclusion, but the fact that the network ordered the show to series and released the first trailer in primetime a week before upfronts (when these sorts of developments typically unfold) speaks volumes about Fox’s confidence in its new superhero series.

Starring Ben McKenzie (The O.C., Southland) as Detective James Gordon, the series will focus on the city of Gotham before the rise of Batman. The show co-stars Donal Logue, Sara Paxton and Jada Pinkett-Smith, as well as younger versions of the The Riddler, The Penguin, Catwoman and — of course — Bruce Wayne.

There’s no official word yet on how many episodes the debut season of Gotham will hold, but Entertainment Weekly reports that it will be “at least” 13. Though Arrow has experienced success at 23 episodes in each of its seasons, 13 is a more manageable figure, and one with which creator Bruno Heller (Rome) is already well-acquainted.

Gotham represents DC Comics’ latest foray into television, having already established a strong foothold with Arrow on the CW (The Flash will also join the CW lineup in the fall). Though DC is also challenging Marvel’s big-screen dominance, its edge on TV is becoming increasingly apparent. Arrow‘s following is far more devoted than any Agents of S.H.I.E.L.D. has managed to build during its debut season, and though it’s far too early to declare Gotham a success, the trailer is promising.

However Gotham turns out, Fox’s enthusiasm is a clear sign that the superhero genre could soon have an impact on network television that resembles the one it already has on Hollywood’s blockbuster industry. 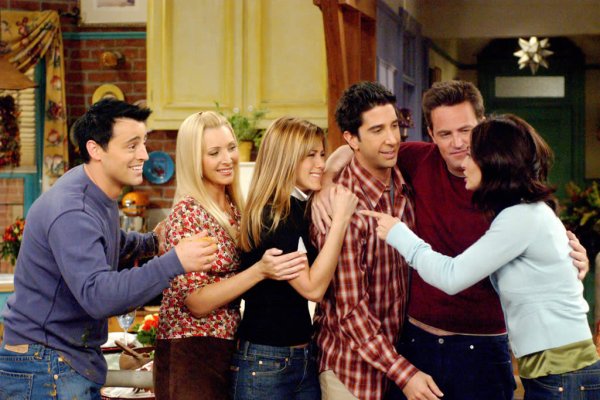 The One With the Post-Nuclear Families: Why Friends Still Matters
Next Up: Editor's Pick