An Indian resident salvages valuables in the remains of his house in the village of Khagrabari, some 200 km west of Guwahati on May 3, 2014, after it was attacked by tribal separatists in India's remote northeastern state of Assam
Biju Boro—AFP/Getty Images
By Krista Mahr

Hanif Ali picks through the remains of what used to be his home, looking for his wife’s gold jewelry. Three nights before, on the evening of May 2, eyewitnesses say men in khaki clothing stormed this isolated village of Khagrabari in western Assam, attacking its Muslim residents and burning down their homes. Ali, his wife and his daughter survived the raid, but many of their neighbors did not. Twenty villagers, including many women and children, died that evening in the latest fit of bloodshed in the restive northeastern state. “Everything is gone,” says Ali. “What good will peace do me now?”

Last week, more than 30 Muslims were killed in two districts of western Assam, a place better known outside India for its verdant tea gardens than its simmering insurgency. For residents, it was an unwelcome return to the violence that periodically stalks this remote part when tensions boil up between members of the local Bodo community and Muslim residents. In 2012, clashes between Bodos and Muslims, some of whom are migrants from neighboring Bangladesh, left dozens dead and displaced many thousands more. Local police are blaming last week’s killings in Kokrajhar and Baksa districts on a faction of the National Democratic Front of Bodoland (NDFB), a militant group fighting for an independent Bodo homeland. Since the killings, Indian security forces have ramped up operations against the group, though it has denied any involvement in the bloodshed.

Outside Assam, as national elections enter their final weeks, the violence has prompted a fresh war of words between national parties about the treatment of minority groups in India. Leaders of the incumbent Congress Party, which projects a secular platform, and its allies have seized on the incident as an example of the divisive influence of the Hindu-nationalist Bharatiya Janata Party (BJP), which is forecast to win the largest number of seats in Parliament. Both the BJP and its prime-ministerial candidate, Narendra Modi, have spoken out against illegal immigration of Muslims from Bangladesh in the past, which critics say fans tensions in a state where the issue is already a polarizing factor.

“In Assam, 30 Muslims were murdered. Why? Because BJP prime-ministerial candidate, Narendra Modi, made a speech there and tried to incite people against Muslims,” Omar Abdullah, chief minister of Jammu and Kashmir, said at a rally in his state on Saturday, according to Indian press. “This truth cannot be denied.” The same day, union minister and Congress Party senior leader Kapil Sibal also lashed out at Modi, saying his name stands for “a model of dividing India.”

Taking a stand against illegal immigration is not new for the BJP. After the 2012 Assam riots, senior party leader L.K. Advani blamed the bloodshed on unchecked illegal immigration from Bangladesh creating competition for resources between communities and general insecurity among Bodos. This week, the BJP quickly shot back at Congress for its comments, and, instead of backing down from the issue, at a rally in West Bengal, Modi reiterated his position against illegal immigrants days after the killings. “Those who come here for vote-bank politics and take away jobs of our youth will have to go back,” said Modi.

It’s impossible to measure, of course, what if any role political rhetoric actually played in last week’s violence. A handful of militant groups have been operating in the area for years. Though some have officially agreed to a cease-fire, the ongoing availability of arms in the region seems a more fundamental culprit in feeding the cycle of violence that afflicts both Bodos and Muslims alike. After widespread displacement in the state less than two years ago, hundreds of people are now back in relief camps, terrified to return home, lest more armed men come to their homes in the night again. Pramad Bodo, president of the All Bodo Students Union, says he does not think last week’s killings were religiously motivated. But, he says, everyone is weary of the seemingly fruitless fight between militants and security forces. “Bodo or Muslim — people are angry,” he says. “If the extremists are involved [this time], what has the government been doing?”

— With reporting by Arijit Sen in Assam 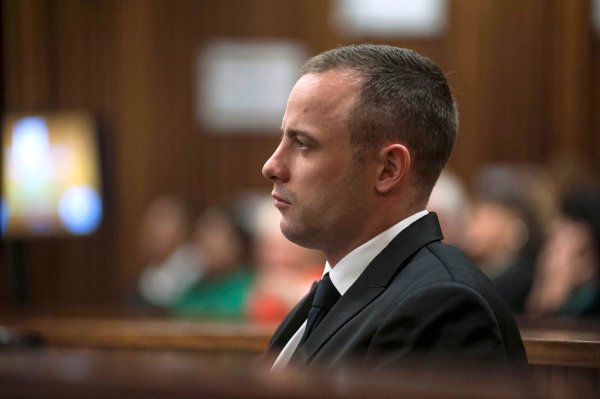 Pistorius Neighbors Recall Aftermath of Killing
Next Up: Editor's Pick