REVIEW: Neighbors, When the Outrageous Becomes the Cliché

At Braxton College’s Delta Psi Beta fraternity, the members love their members. Pete (Dave Franco) can build an impressive erection just by concentrating for a few seconds; he says his gift is “a blessing yet a curse.” Another brother, skinny Scoonie (Christopher Mintz-Plasse), is defined only by his legendarily large penis. Led by their satyric president Teddy (Zac Efron), the guys raise needed funds for Delta Psi by selling plaster casts of their not-at-all-private parts to the women on campus. And when Teddy gets into a fight with his older neighbor Mac Radnor (Seth Rogen), he forces a brightly colored dildo into his adversary’s mouth.

The frat boys’ penis fixation, in the enervating comedy Neighbors, could be an expression of their homoerotic bonding to the virtual exclusion of women — their mantra is “bros before hoes” — or a clue to an infantilism these boys never outgrew. Teddy is barely more mature than Mac’s several-months-old daughter Stella, who sits on the front lawn about to taste a used condom tossed there by one of the Delta Psis. When Mac and his wife Kelly (Rose Byrne) frantically whisk their child to the hospital for tests, a doctor tells them, “Your baby has HIV.” Like the rest of the movie, he’s just kidding.

At this point, a weary viewer may mutter, “Oh, outrage — how I miss you!” These days, indignation is mostly political, stoked by the easily infuriated pundits of Fox News. And the only thing forbidden in most current movies is subtlety. That’s what happens when the outlaws become the in-laws.

Not that we miss the old days: the battle for freedom of the screen was long, difficult and well worth waging. But winning takes its own revenge on social norms. What was sensational was soon codified, as transgression devolved into genre and audiences built up immunity for shock tactics in horror movies and in R-rated comedies of the Judd Apatow stripe. The problem is this: A movie can’t have the purgative power to upset and astound, by terror or laughter, if viewers don’t take offense. And few do. But they also can’t take much pleasure in variations on the same visual and verbal affronts they’ve consumed for decades. So instead of getting as mad as hell and picketing the theaters, they sink into their seats and sigh at the clichés that pass for the Shock of the New.

Directed by Nicholas Stoller (who helmed the Apatow-produced Forgetting Sarah Marshall, The Five Year Engagement and Get Him to the Greek), Neighbors bears some similarities to the 1981 film of the same name. There, meek homeowner John Belushi and his wife Kathryn Walker get terrified by the loud, pushy couple, played by Dan Aykroyd and Cathy Moriarty, who have just moved in next door. This time, Rogen is more or less the Belushi character from the old film and Efron the wild-man Belushi from Animal House. Anarchy impinges on propriety. Which will triumph? Whom will you root for? If either.

(READ: Does Nichols Stoller’s Get Him to the Greek have too many suppository jokes?)

The new Neighbors seems to set up a war of the generations: parents Mac and Kelly vs. Teddy and the frat boys in the adjacent home. That doesn’t really take, since Rogen was born in 1982, just five years before Efron — but it really doesn’t matter either, since Mac, suddenly saddled with a father’s responsibilities, is bummed out that “All the things I used to do, I can’t do anymore.” Annoyed and then angered by the frat’s pranks and all-night parties, he is also avid for a second chance at reckless youth. The inner Mac wants to follow the advice stitched on his couch pillow: “Carpe That F-cking Diem,” except that the pillow actually has an u where I put a puritanical dash.

Screenwriters Andrew Jay Cohen and Brendan O’Brien (who worked in minor capacities on Apatow’s The 40-Year-Old Virgin) are fascinated by things that can expand to the bursting point — air bags, a mother’s breasts — but show no interest in plot plausibility. The script does the briefest handsprings to show why Mac and Kelly can’t rely on the campus cops or the other neighbors, but it utterly ignores baby Stella’s welfare. With her parents spending so much time over at Delta Psi, the child must be her own sitter. Her only function is to be prop comedy, as in the condom gag.

Running just 96 min., Neighbors seems longer because it employs the improv techniques of old John Cassavetes dramas. Certain lines are repeated four or five times to give the feeling of spontaneity, but thanks, we got it the first time. It’s as if any joke made on the set was incorporated into the movie, like the remark about the nerdy pledge, nicknamed Assjuice (Craig Roberts), that “He looks like J.J. Abrams.” The drug humor piles up — the combination to one wall safe is 420 — as the narrative escalates into a home-invasion thriller gone berserk: fat Mac tangling with six-pack Teddy.

The movie’s only special effect, its sole sexual allure, is Efron’s inverted-trapezoidal torso, which Rogen describes as “basically a giant arrow pointing to your dick.” Efron honed that perfect body at the Disney gym in his High School Musical years and probably in the workout room at the drug and alcohol rehab center he entered last year. (The star says he’s now sober, so his turn as the hard-partying Teddy must be actual Acting.) He certainly provides a stark contrast to Rogen, who is no less eager to display his pudginess shirtless and pantsless.

Among the usually clothed performers, Byrne plays a nice balance of threatened and enticed. Franco — James’s younger brother — brings occasional clarity to the rambunctious but studious Pete, and Lisa Kudrow has a couple of sharp scenes as the Braxton dean. (Andy Samberg and his Lonely Planet pals show up in a flashback cameo.)

Toward the end, the film makes the salutary point that Teddy’s priapic prime at Delta Psi was not a preparation for his postcampus life but pretty much his entire career, and that for this fraternity’s hardest partier there may be not much life after college. That leaves the previous hour and a half to assault you with Teddy’s idea of fun. Mac and Kelly can’t leave their home because the existence of Delta Psi has demolished property values, but moviegoers do have an option. When Neighbors moves in, audiences can opt out. 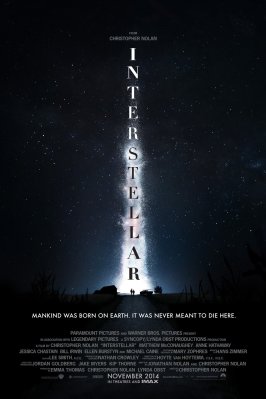 Here's the New Poster for Christopher Nolan's Interstellar
Next Up: Editor's Pick