The Obama administration released a wide-ranging climate change report on Tuesday, laying out exactly what impact the changing climate is having on the U.S., and what could happen if it isn’t addressed.

The White House will unroll the report’s findings with a PR blitz today, the latest signal that President Barack Obama is placing a fresh emphasis on climate change during his second term in office.

Among the NCA’s findings, four critical conclusions stand out:

1.The Southwest will bake: California’s epic drought has done more than anything else this year to draw attention to the threat of global warming—even if the climate history of the West has shown evidence of decades-long droughts even before humans started pouring carbon dioxide into the atmosphere. But climate change will only make it worse—the reports predicts that the entire region, including states like California and Arizona, will get hotter, and the southern half of the region will get much drier, prompting major wildfires. Given that population in the Southwest has been growing rapidly in recent years, warming will only increase the decades-old competition for water in the West.

2.Alaska will melt: The Arctic is the fastest warming part of the world, which is why Alaska—America’s Arctic state—has been heating up more than twice as rapidly as the rest of the country over the past 60 years. That trend will likely continue in the future, which might sound like good news in a place where winters can last for more than six months. But the retreating summer sea ice, shrinking glaciers and melting permafrost will radically change Alaska—and especially Inuit communities that have lived on the land for thousands of years.

3.Coastlines will be in danger: Superstorm Sandy provided a very expensive preview of what happens when a powerful storm and rising sea levels meet over some of the biggest and richest cities in the world. Even if climate change doesn’t end up making Atlantic hurricanes more powerful or more frequent—and the debate is still out on that question—sea levels will continue to rise. That will put the 164 million Americans who live in coastal counties—more than half the country, and growing by 1.2 million a year—at intensified risk from flooding.

4.Agriculture will be resilient… at first: Many farmers should actually be able to adapt relatively well to warming for the next 20 to 25 years, in part because increased CO2 concentrations and longer growing season can benefit some crops. But that won’t last for long—as warming intensifies, the negative impacts for crops and livestocks will begin to outweigh the positive ones, especially in drought-stricken farming regions.

The release of the report comes as the Obama administration begins to renew its commitment to climate change. The White House released its Second National Climate Assessment (NCA) in 2009, only months after the president’s election. The document didn’t get a whole lot of attention, but that didn’t matter much to environmentalists. 2009 was the high-water mark for climate action in Washington. Obama had promised that his election would mark “the moment when the rise of the oceans began to slow,” and that June, national carbon cap-and-trade legislation had narrowly passed the House of Representatives. The wonky work of the NCA, a Congressionally mandated program that pulls together the latest science on how climate change will impact the U.S., seemed important, but also a bit besides the point. The scientific debate was over—and environmentalists believed the time was ready for the U.S. to finally lead on climate change.

It didn’t work out that way. Cap-and-trade stalled and eventually died in the Senate in 2010, and when Republicans took back the House during midterm elections later that year, hopes for national climate legislation evaporated. While Obama could claim meaningful environmental wins—toughening fuel efficiency standards and channeling billions of dollars to renewable energy—many environmentalists believed he had turned his attention away from one of the most dire threats facing the country and the world.

But beginning with his second inaugural address in January 2013, marked by a promise to “respond to the threat of climate change,” Obama has renewed his focus on global warming. The big showdown will come later this year, when the Environmental Protection Agency (EPA) puts forward controversial rules that will curb greenhouse gas emissions from power plants, but this morning provides fresh evidence of the emphasis Obama is now putting on global warming. The release of the Third NCA will be marked by one-on-one Presidential interviews with local and national metereologists—still a trusted source on climate science for many Americans, even if they shouldn’t always be—and the presence of top White House officials at the rollout later this afternoon. The NCA is no longer a sideshow—to a White House searching for a climate win, it’s the main event. 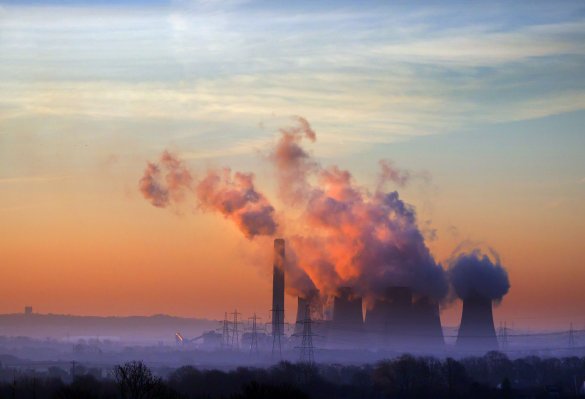 Act Now on Climate Change
Next Up: Editor's Pick