Karen Short seemed calm and collected during our interview. She had every reason not to be. Her husband, Australian missionary John Short, was detained in North Korea on Sunday for disseminating religious material. The 75-year-old carried Korean-language pamphlets advocating Christianity into the East Asian nation, and these were later discovered by security personnel.

“[John] does not live in the realm of ‘what if’ I get caught — otherwise he would never have done the things that he has been doing,” Karen Short told TIME at the couple’s bookstore in Hong Kong’s New Territories.

North Korea is widely considered one of the world’s most brutal regimes. A U.N. report released this week detailed unparalleled “crimes against humanity” including extermination, murder, enslavement, torture and rape by the government of young despot Kim Jong Un. Foreign nationals have also fallen victim. In November, Korean-American Kenneth Bae, another missionary, was sentenced to 15 years for “hostile acts” and currently toils in a labor camp.

Given the wealth of warning signs, and the dearth of diplomatic ties with Pyongyang, some have questioned John Short’s actions. “You may not necessarily agree with what North Korea calls a crime, but when you are in their territory, those are the rules you have to follow,” says Daniel Pinkston, an expert in Korean affairs at the International Crisis Group, adding John Short is “old enough to know that he was testing the rules.”

On Thursday, Australian Prime Minister Tony Abbott said his government is doing all it can to get John Short released. However, his words contained a veiled rebuke, as he urged his countrymen, “to be careful to obey the laws of the country you’re in,” especially the less democratic ones. “Not all countries have the same legal system or the same laws as Australia,” Abbott told reporters.

Karen Short confirmed that her husband knew the risks, and had previously been arrested three times for proselytizing in China. Their Christian Book Room publishing firm, which they have run since the mid-1990s, translates Christian literature, posters and pamphlets into foreign languages and distributes them across Asia. Nevertheless, she maintains, “[John] is not foolhardy, but when he has a conviction that he ought to go somewhere, he goes.”

This prior record could spell trouble, says Alexander Neill, a Korea expert at International Institute for Strategic Studies. “There are a lot of similarities to the Bae case,” he says, “but my suspicion is that he won’t get as hard a sentence because he is not ethnically Korean.” As a foreigner, John Short will likely serve time in a regular prison rather than labor camp, says Neil, adding: “It takes a certain level of naivety to proselytize in North Korea and think you can get away with it.”

According to Wang Chong, John Short’s Chinese traveling companion and colleague, who was also briefly detained but then expelled from North Korea on Tuesday, the Australian first came to the authorities’ attention when he left some pamphlets at a damaged Buddhist temple on the second day of their tour. “[Our guides] were not happy for us to see this damage,” Wang told the Australian Broadcasting Corporation. “[John] didn’t feel comfortable in his heart and he left a pamphlet there relating to the gospel.”

Australia does not have any diplomatic relations with North Korea and is being represented by the Swedish embassy. Karl-Olof Andersson, the Swedish ambassador in Pyongyang, declined to comment on John Short’s case when approached by TIME, only to say: “We have a very good relationship with the [North Korean] Foreign Ministry.” Andersson, who has been in his post for around 18 months, has worked with the U.S. on two recent cases of detained American citizens, including Bae.

Karen Short says that her husband is fit and healthy and, according to Wang, has not yet suffered any physical harm. Nevertheless, she is painfully aware his incarceration does not augur well. (Pyongyang has yet to comment.) “They can dig out anything they want and build a case on that with whatever charges they want,” she says. “It’s a communist country that is not known for telling the truth.”

John Short is no stranger to testing circumstances. A former soldier in the Australian military, he arrived in Hong Kong in 1964 and worked at a refugee clinic during the turmoil of China’s Cultural Revolution. Even so, there is no disputing the tremendous peril he currently faces, including a possible 15-year prison sentence similar to Bae’s. “I pray for my husband to come back soon,” says Karen Short, “I miss him dearly.” 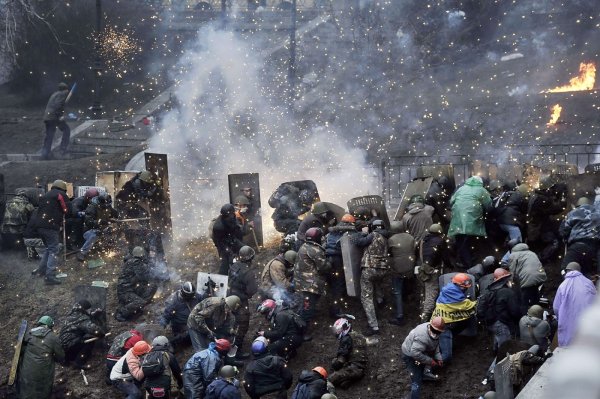