When U.S. Olympic skier Bode Miller broke down on camera Sunday during an interview following his bronze-medal-winning run in the Super G, viewers decried the insensitivity of the probing reporter. A former Olympic ski medalist herself, correspondent Christin Cooper took the opportunity to ask about Miller’s recently deceased brother Chelone–after Miller brought it up. Cooper then asked Miller, with tears in his eyes, about a pre-race moment in which he seemed to be talking to someone as he stared into the sky. Miller became so overcome with emotion that he couldn’t finish the interview, moved to a nearby barrier, and dropped to his knees to compose himself.

“You sometimes don’t realize how much you can contain that stuff until the dam breaks and then it’s just a real outpouring,” Miller told Matt Lauer the next day.

Miller’s reaction highlighted one of the most challenging questions in grief research – do people experience delayed grief, and how long after can such sadness re-emerge to blindside those who have suffered loss?

MORE: Bode Miller Defends Reporter Who Brought Him to Tears

“Grief is always tidal. People have the capacity to delay that response but they don’t have the capacity to deny,” says Jackson Rainer, head of psychology at Valdosta State University and author of Life After Loss: Contemporary Grief Counseling and Therapy. And any strong emotion – whether joy, anger, frustration or sadness – can break the dam and send the emotions flooding through.

That might have been case for Miller. One of the first skiers to compete, he watched medal-contender after medal-contender either skid off the course or finish behind him. Knowing how much his brother, Chelone, a promising snowboarder, wanted to compete in Sochi, Miller was already emotional when he arrived for the post-race interview on NBC.

PHOTOS: Must-See Photos From Day 12 of the Sochi Olympics

These waves may be more frequent and more intense immediately after the loss, as the first raw feelings of abandonment and bereavement start to emerge and those who have lost struggle to find ways of handling their overwhelming feelings. But there is no time limit to these waves, and they can occur at any time, even years after the loss, depending on the individual and on the circumstances. That’s what the latest studies suggest, contrary to older notions that bereavement that continues too long – beyond a year or so – can be signs of trouble for depression or other mental health problems. “The idea that after a year, you should be beyond the loss is something that’s inaccurate,” says Ann Rosen Spector, a clinical psychologist in Philadelphia and retired from the faculty at Rutgers University. “Nothing really ends in that year.”

It’s possible that the intensity of the emotional episodes gets reduced over time, but grief, says Rainer, isn’t a finite experience. “We don’t do very well in our American culture with helping people to grieve,” he says. “We look at bereavement as an event rather than as a process. This is a process, and Bode Miller will miss his brother for the rest of his life.”

“I don’t think you ever build up so much scar tissue that you can never have what’s called an outburst,” says Spector. “Sometimes it’s like a domino effect and for whatever reason, everything hits, and missing that person overwhelms you.”

The healthiest way to manage grief? There isn’t a one size fits all formula, as psychologists are learning. For some, talk therapy can help, by giving grievers an outlet for reminiscing and remembering the person they lost until the memories become warmer and less painful. For others, time may be the only healer; studies don’t always show that grief counseling, for example, helps people to overcome their loss more quickly or with less psychic pain. “If you are going to be attached, one of the things that is going to happen is loss,” says Spector. “You don’t have to have an outburst, or cry at the funeral. You will always feel the loss but it doesn’t mean you can’t both grieve and create or strengthen other relationships so the loss doesn’t feel so dire.” 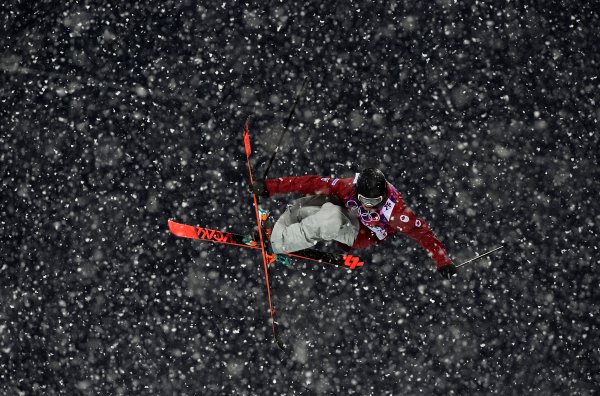 Awe-Inspiring Photos from Day 13 of the Sochi Olympics
Next Up: Editor's Pick