U.S Vice President Joe Biden listens as Madeleine Smith, a graduate of Harvard University who was raped while attending college, speaks during an event at the Eisenhower Executive Office Building, April 29, 2014 in Washington, DC. During the event, Biden announced the release of the first report of the White House Task Force to Protect Students from Sexual Assault.
Win McNamee—Getty Images
By Cathy Young

Last year, a University of North Carolina student who remained anonymous for safety reasons spoke to the campus newspaper, The Daily Tar Heel, about feeling victimized by the school’s response to a sexual assault report—the handling of which is now the target of a federal civil rights investigation.

But there’s a twist: The student is a man who says he was wrongly accused.

During his freshman year, four months after their breakup, his former girlfriend—a fellow UNC student he had started dating in high school—filed a complaint alleging repeated rapes. The student was promptly suspendedand forced to undergo an evaluation that included demeaning sexual questions; the results, he claims, were improperly shared with his accuser. Even after a student and faculty panel of three women and two men cleared him of all charges except one of verbal abuse, he was barred from campus for another semester pending additional psychological tests, then ordered to avoid classes that could place him near his ex-girlfriend.

Of course, the federal probe—one of the 55 cases on the list just released by the Department of Education—addresses the complaint by the alleged victim, Landen Gambill, who feels the university let her down. No one but Gambill and her ex-boyfriend knows what really happened (and there may be a “his” and “her” version of the truth). But only one side of the story has the government’s backing—which highlights some of the problems with the Obama Administration’s initiative against sexual violence on college campuses.

The administration’s effort, which made headlines last week with a report by the White House task force on campus sexual assault and new Department of Education guidelines, has an indisputably noble goal. Unfortunately, it is marred by flaws, including alarmist statistics, fuzzy definitions and a polarizing ideology of presumed guilt.

One of the foundations of this crusade is the staggering claim that one in five female students are sexually assaulted while in college. This figure comes from the 2005-2007 Campus Sexual Assault Study, which, as Washington Post Fact Checker Glenn Kessler has noted, was conducted at just two schools, with a fairly low response rate. Moreover, the survey’s data for “drug- and/or alcohol-enabled sexual assault” (about 70% of the incidents in the study) lump together unconsciousness or incapacitation with intoxication that may cloud one’s judgment and affect consent. Notably, despite widespread sexual assault awareness programs, two-thirds of the college women whom the study counted as victims of drug- or alcohol-enabled rape did not think they were raped, and few felt they had suffered psychological harm.

University of Michigan economist Mark Perry also points out that, if you take police records from university campuses and factor in the White House estimate that only about 12% of campus sexual offenses are reported, you don’t get anywhere near a one-in-five victimization rate over the course of a woman’s college attendance—more like 1 in 20 or 1 in 30.

Even in smaller numbers, sexual assault on campus is a cause for concern. But the government’s quest to address it creates new troubling issues.

Thus, since 2011, the Department of Education has recommended that colleges use the lowest burden of proof—“preponderance of the evidence,” which means a finding of guilt if one feels the evidence tips even slightly toward the complainant—in disciplinary proceedings on sexual assault. (Traditionally, charges of student misconduct have been judged by the higher standard of “clear and convincing evidence.”) The new guidelines make this a requirement; they also encourage “juries” with no student participation and even a shift to a single-investigator process.

Missing is virtually any recognition of the need for fairness to the accused. The recent White House Council on Women and Girls report on sexual assault dismisses false accusations as a “myth,” citing a 2010 article by University of Massachusetts Boston psychologist David Lisak that concluded that “only 2-10% of reported rapes are false.” Yet a 10% error rate is hardly trivial. This estimate also refers only to proven fabrications; no one knows how many unresolved charges, nearly half of Lisak’s university sample, may be false. And people may be wrongly accused because of confusion rather than deliberate lies—especially when drinking is involved.

It doesn’t help that at many colleges, a zealous cadre of activists regards any rape exoneration as a defeat and defines rape so broadly as to criminalize insufficiently enthusiastic sex. (A campus campaign in Canada warns that “if it’s not loud and clear, it’s not consent. It’s sexual assault,” using posters with “fine” and “okay” in tiny print to convey that “muted” or “uncertain” expression of consent doesn’t count.)

Do see-no-evil college bureaucrats sometimes discourage victims from complaining or coddle perpetrators? No doubt, especially if the accused is a star athlete or another privileged student. But some claims of neglect may be shaky. An accuser at Swarthmore who faults the school for not supporting her complaint admits that, after rebuffing a former hook-up partner’s first attempt to initiate sex while staying in her room overnight, she did not protest when he tried again because she was tired and sleepy. In a University of Colorado case under federal investigation, the complainant was outraged by the light punishment for her alleged assailant (eight months’ suspension and a $75 fine). Yet her complaint to law enforcement resulted in no charges at all; according to police, the woman admitted she was inebriated but “not ‘blackout drunk’” during the encounter, which the man insisted was consensual.

Meanwhile, there is a countertrend of civil rights suits from young men accusing colleges of wrongful, gender-biased expulsion on charges of sexual misconduct. Last month, Xavier University settled a lawsuit from basketball player Dez Wells, whose expulsion in 2012—on a charge local authorities called false—may have been meant to appease federal scrutiny. Even a prominent advocate for strong action against campus sexual assault, National Center for Higher Education Risk Management founder Brett Sokolow, has recently voiced alarm that schools are rushing to judge male students for mutual drunken hook-ups.

The administration’s one-sided involvement may exacerbate this type of injustice. A far better solution would be to draw a clear line between forced sex (by violence, threats or incapacitation) and unwanted sex due to alcohol-impaired judgment, miscommunication or verbal pressure. For the former, victims should be encouraged to seek real justice: a rapist deserves prison, not expulsion from college. For the latter, the answer is to promote mutual responsible behavior, not female victimhood. 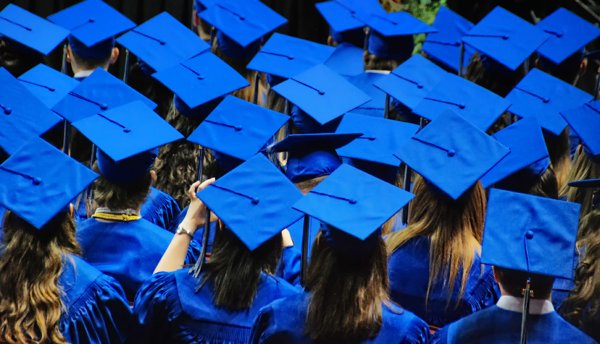