The Thief Launch Trailer Has Everything, Including Electric Guitars

As videos go, the Thief launch trailer plays it safe and standard, resembling the sort of melodramatic workup you’ve seen a zillion times during the previews deluge at a movie theater, including the uplifting, rockin’ tune that kicks in about a third of the way through (in this case, see 0:50). You half expect the thunder-throated voiceover to go something like “In a time, when good men carried blackjacks, a hero emerges…”

We’ve come a long way from November 1998, when Looking Glass Studios’ Thief: The Dark Project felt like creeping through a gothic glass darkly, where the tenebrous stone passageways and starless crypts and brilliantly bleak sound effects gave the impression — or it did me, anyway — that the game world itself was a dim veil hung over a starless mystical void.

Eidos Montreal’s Thief-the-reboot looks both grander and splashier, trading the original game’s sepulchral atmosphere for less abstruse narration and parkour-style scampering over soaring rooftops that give the sense of looking at a negatives reel of someone playing Mirror’s Edge.

If you hold with the notion that lighting strikes twice — and it certainly struck for developer Eidos Montreal with Deus Ex: Human Revolution — there’s plenty to be excited about when this one launches for PC, PS3, PS4, Xbox 360 and Xbox One next Tuesday, February 25. 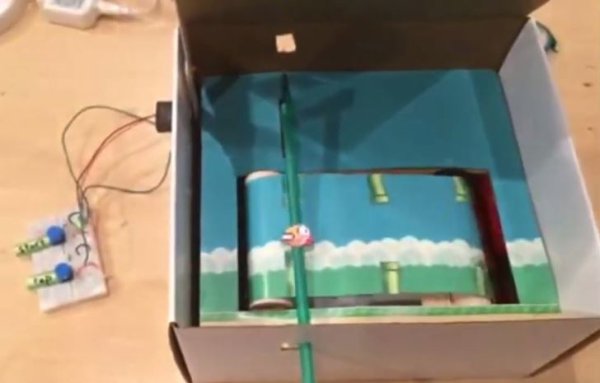 Sadistic: Flappy Bird in a Box Is a Real-Life Flappy Bird
Next Up: Editor's Pick