The State That's Beginning to Wish It Never Got Rich

Oil has brought great wealth and the nation’s lowest unemployment rate to North Dakota. Soaring homelessness, crime, and housing prices have come along for the ride.

North Dakota has had much to brag about in recent years. It is the state with the fastest-growing population in the nation (up 7.6% from 2010 to 2013) and, by no small coincidence, also the lowest unemployment rate (just 2.6%). North Dakota now ranks 29th in millionaires per capita, up from 47th in 2007, climbing far faster up the ladder than any other state in that department.

The state’s oil boom, which kicked off in earnest about the same time as the Great Recession, and which helped North Dakota grow wealthier as the overall economy has languished, is directly responsible for all of these bragging points. “It’s unexpected, a blessing,” one North Dakota landowner told USA Today back in 2008, when many farmers first began earning as much as $1 million annually from oil companies operating wells on their properties. “It’s like winning the lottery.”

Yet in the same way that many lottery winners say their jackpot was a curse, North Dakota is currently absorbing a string of be-careful-what-you-wish-for lessons.

• The violent crime rate has doubled in Bismarck, the state capital.

• The prison population has risen 178% over the past 20 years, compared to a 13.3% increase in the overall population.

• There was a 200% increase in homelessness in the state last year.

• Bizarrely, the city with the highest average rent for an entry-level apartment isn’t to be found in California or New York but North Dakota—the city of Williston, where oil jobs are plentiful, and where the population has more than doubled since 2010.

Meanwhile, a 2012 report by ProPublica is one of several exploring how the oil industry could spell environmental disaster for northwestern North Dakota, the epicenter of the state’s boom. A well-publicized accident involving a freight train carrying crude oil in North Dakota last December has also called into question the safety of the production and transportation of crude in the state.

The changes to the state traditionally known for being exceptionally cold, exceptionally quiet, and, until recently, exceptionally stable aren’t going unnoticed. The idea that the “blessing” of oil could very well prove to be a curse is gaining traction. In a recent column in the Bismarck Tribune, Clay Jenkinson, a Theodore Roosevelt Center scholar at Dickinson State University, highlighted a handful of local stories in the news that would have been unimaginable in North Dakota a decade ago but that suddenly seem to be expected, stories involving sex trafficking, prostitution rings, drug wars, and grisly murders. He summed up the unwelcome elements of the state’s transformation this way:

(MORE: Snow Removal This Winter Is Costing Your Town a Fortune)

In Midland, Texas, a town where the oil boom has come and gone, and come back again, the major offered some advice to communities in North Dakota and elsewhere that are currently “enjoying” high times thanks to oil riches. “Don’t go overboard,” he said to the Associated Press. “It’s not going to last.” 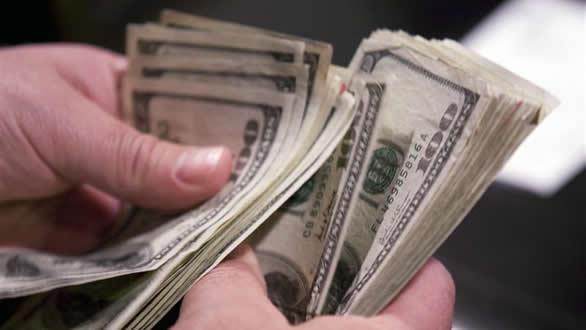 10 Apps and Sites That Will Save You Money
Next Up: Editor's Pick